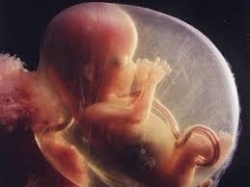 While I am staunchly pro-life and hold that direct abortion should be prohibited by force of law (as it was under British common law and throughout the Western world until the sixties and seventies), it is important to recognize that abortion is a problem that needs to be counteracted or neutralized on a variety of different levels. Criminalizing direct abortion on the entirely appropriate grounds that the unborn child has the same God-given right to life as is possessed by the rest of us can certainly lower abortion rates (the law has an educative function), but the most effective method of dealing with the practice would be to eliminate its root causes.

It is with regard to this question of 'root causes' that both the pro-life movement's rank and file as well as many of its leaders suffer from a very terrible blindspot. It has been estimated that the vast majority of abortions in advanced economies (over 90%) occur because of social and/or economic reasons (e.g., lack of income, interference with education and/or careers, lack of a support system, etc). This particular statistic is not a secret; it is known and openly cited by many individuals and groups. What is largely unknown to pro-life activitists is the fact that these socio-economic difficulties, while real enough in their effects, are largely artificial in terms of their causes; they are not grounded in the nature of things. Indeed, the inhuman financial and economic pressures under which most of us labour are essential features of the conventional financial system, a system which does not adequately reflect and therefore does not fully actualize society's real credit (i.e., its useful productive capacity). Social Credit proposes to liberate society's physical capacity to provide everyone with an abundance of goods and services alongside increasing leisure time by duly subordinating society's financial credit to its real credit.  Eliminate the artificial financial and economic pressures via a Social Credit monetary reform and you eliminate one of the root causes that drives women to consent to the terrible crime of foeticide.

Cf. A Summary of the Social Credit Monetary Reform .

Pro-life activists are right in insisting that we need to develop a 'culture of life' if we are to reduce the number of abortions. What they have yet to realize is that a culture of life is likely to remain nothing more than a sentimental chimera unless it is grounded on a financial and economic system that is also pro-life and pro-family. Provide women with real, i.e., concrete, support to bear and raise children via a debt-free National Dividend in lieu of slogans or abstract ideals and abortion will become unattractive as an escape from an inhuman financial, economic, and social environment. Yes, the present financial system (with its inherent imbalance that is leveraged by a credit monopoly) is not only not pro-life and pro-family, it is, in its very structure and in the very way that it functions, an anti-truth, anti-life, anti-family, and anti-cultural force. It is the single greatest threat to civilization.

Is anyone paying attention, or is the voice of Social Crediters to remain a voice 'crying out in the wilderness'?

Last modified on Sunday, 11 February 2018 03:53
Tweet
Published in Social Credit Views
More in this category: « Scotiabank's Profits and Lay-Offs Re: An Open Letter to the Australian People »