A Summary of the Social Credit Monetary Reform 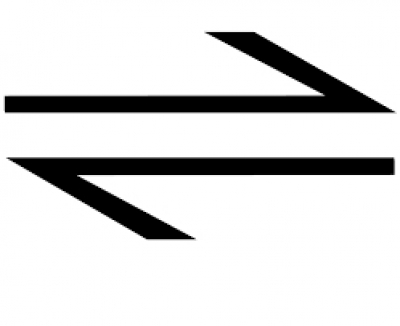 Although I disagree profoundly with Walter Russell’s ‘New-Agey’ worldview and spirituality, I think that he was on to something when he claimed that the very essence of the created universe consists in ‘rhythmic balanced interchange’. In a similar vein, I think that the type of changes envisaged by a Social Credit monetary reform (in clear contradistinction to all other monetary reform proposals) may be duly encapsulated in terms of ‘distributive self-liquidating balance’. Let us examine each of these elements in turn and in reverse order.

The existing financial system does not effect an inherent or automatic balance between the rate of flow of consumer prices and the rate of flow of consumer purchasing power. Instead, because of a variety of factors (profit-making, savings, the re-investment of savings, deflationary banking policies, taxation, and the A+B factor) the rate of flow of incomes that are made available via productive processes to liquidate corresponding prices is significantly inferior to the rate of flow of consumer prices in the typical industrialized country and is steadily diminishing as machines replace human labour in production. The present system relies on a variety of palliatives in order to restore some kind of equilibrium between consumer prices and incomes, but none of these function either automatically or without engendering serious problems of their own of one type or another. By contrast, Social Credit maintains that the financial system should automatically provide for equilibrium by issuing a sufficient volume of additional purchasing power so that consumer prices and incomes can be brought into balance and kept in balance. This would contribute greatly to economic stability.

The main remedy employed by the existing system is to fill the gap between consumer prices and incomes by relying on governments, businesses, and/or consumers to borrow into existence the money necessary to increase the flow of consumer purchasing power. Future incomes are (directly or indirectly) mortgaged to gradually pay back the compensatory debt-money. This is inflationary as eroded incomes will lead to demands for cost of living increases, which then lead to wage-price spiralling. Furthermore, since this palliative can only provide additional liquidity if new compensatory debts are being contracted at a faster rate than old compensatory debts are being paid off, relying on loans to fill the gap results in the steady build-up of an unrepayable mountain of societal debt and this renders the financial system as a whole insolvent and increasingly so. Recurring financial crises which threaten the collapse of the entire economy are the inevitable trade-off. By contrast, Social Credit, by insisting that the automatic flow of additional purchasing power be issued free of debt, allows for that proportion of prices which cannot be met by the regular flow of consumer incomes to be cancelled out of existence once and for all, instead of having them transferred via debt as costs against the future. The Social Credit equilibrium is not only an automatic equilibrium, therefore, but a real equilibrium where debits and credits dynamically equate. The result? No inflation, no build-up of unrepayable debt, and no recurring financial crises.

Because of the unnecessarily strong and indeed irrational bond between employment and income under the current economic system (I say irrational because industrial production can deliver all the goods and services that we can profitably use without calling on the full capacity of the labour force), most individuals can only gain access to the purchasing power afforded by the existing system’s compensatory flow of debt-money by exchanging their labour in the service of someone else’s aims and on the latter’s terms. Balancing the circular flow under the status quo therefore requires the transfer of income, privilege, and control over policy from the common individual to an economic oligarchy. In a phrase, it requires ‘the undue centralization of economic power’. By contrast, Social Credit insists that the compensatory flow of debt-free purchasing power which it proposes as an alternative must be distributed directly (through the National Dividend) or indirectly (through the National Discount) to each individual citizen, independently as to whether he be formally employed or not. This will result in the maximum decentralization of economic power that is simultaneously compatible with a functioning economy. It will also help to eliminate economic waste or sabotage in its various forms by making it financially feasible and desirable for the economy to run as efficiently as possible where human time-energy units are concerned. Full employment as a fixed objective, together with the tremendous misdirection of economic resources with which it is closely allied, can both be jettisoned. The social and environmental benefits of such an innovation in economic life cannot be understated.