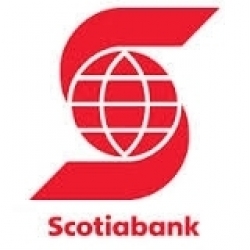 One of Canada's big 5, Scotiabank, recently announced that it will be cutting 1,500 jobs. This, in spite of the fact that the bank has, so far this year, earned as much as 5.57 billion dollars in profit ... according to the official numbers ;).

Now I am not suggesting that laying these people off is not the best business decision given the way in which the game is presently played. I am merely pointing out that under the current economic system with its 'monopoly of credit' there are definite winners and losers ... and those of us who are punished by the system, who are disenfranchised by it, cannot help but look at that 5.57 billion dollars in profit with a raised eyebrow.

Furthermore, this reaction is entirely legitimate since, from a Social Credit standpoint, the bulk of that profit is undoubtedly made possible by the gap between prices and incomes, a gap which should not even exist. By extending additional debt-money in the form of bank credit (created ex nihilo) to governments, businesses, and consumers in order to compensate for the recurring disparity, banks can and do garner large revenues via the compound interest that is charged on what tend to be chronic debts, i.e., debts that are unrepayable in the aggregate. The longer these debts are held, the greater are the sums necessary to service them (because the volume of interest due grows exponentially with time).

In general, the business of finance should be conducted for the benefit of each individual in society and not for the benefit of a few at the expense of the common good. This means that finance ought not to be run just like any other business, i.e., for private gain as an isolated objective. Instead, it should be run for the sake of the public interest: the delivery of goods and services, as, when, and where required, with the least amount of trouble to everyone (even if it remains true that it is best for the day-to-day activities of finance to be privately administered).

Well, I do not know whether that is an idea which is prevalent amongst all bankers,
but if it is then it is the final condemnation of the banking system as it stands at the
present time, because it is quite obvious that something which interpenetrates and
controls the activities of the wealth producing organisation on which we all rely,
cannot possibly, whether it is privately administered or whether it is publicly administered
is not the point - but it cannot be run as a private interest. That is incredible. (Applause.)
It simply means that everybody's business is at the mercy of this private organisation,
and we know that it is."