A Synopsis of Social Credit 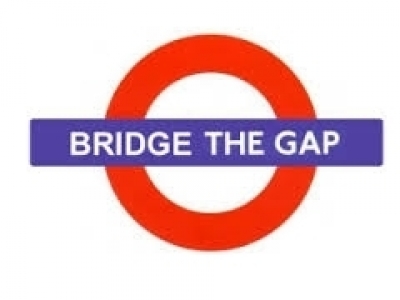 As far as the sphere of economics is concerned, Douglas identified what is wrong with the industrial economy and also explained what needs to be done in order to fix it.

The core problem is that there is never enough money to buy what we produce. There is a gap between the prices of consumer goods and services and people’s incomes.

This gap is caused by many factors. Profits, including profits derived from interest payments, is only one of them. Savings and the re-investment of savings are two others. The most important cause, however, has to do with how real capital (i.e., machines and equipment) builds up costs at a faster rate than it distributes incomes to workers.

The economy must compensate for this recurring gap between prices and incomes. Since most of the money supply is created out of nothing by the banks, the present financial system fills the gap by relying on governments, firms, and consumers to borrow additional money into existence so that the level of consumer buying power can be increased.

As a society we are always mortgaging our future earnings in order to get enough purchasing power so that we can pay present prices in full. Whenever we fail to borrow enough money, the economy stalls and the government may even start a war to reboot it. To the extent that we succeed in bridging the gap, we contribute to the building-up of a mountain of debt that can never be paid off.

Filling the gap with debt-money is also inflationary, wasteful, and puts the whole society on a production-consumption treadmill. It is the prime cause behind social tensions, environmental damage, and, via export wars, of international conflict.

All of this dysfunction is tolerated because the banks profit from it. Compensating for the gap is big business and transfers wealth and power from the common consumers to the owners of the financial system.

Douglas proposed that instead of filling the gap with debt-money, the gap could and should be filled with 'debt-free' money.

This compensatory money would be created by an organ of the state, a National Credit Office, and distributed to consumers. Some of it would be issued indirectly in the form of a National Discount on all retail prices, while another portion would be issued directly in the form of a National Dividend. (Technological progress means machines are doing more and more of the work. Thanks to the dividend, those individuals whose labour is no longer needed by the economy would nevertheless retain an income and enjoy access to goods and services.)

Since the physical productive capacity of the modern, industrial economy is enormous, an honest representation of our productive power would allow us to enjoy an abundance of beneficial goods and services alongside increasing leisure. Our economies could become socially equitable, environmentally sustainable, and internationally concordant.

Unlike some other monetary reform proposals, Social Credit does not advocate the nationalization of the banks. It is completely opposed to any scheme that would see us jump from the frying pan of a self-serving private system into the fire of a complete state monopoly over money and its issuance. The latter would be a fine basis for the introduction of a totalitarian society.

Social Crediters, by contrast, stand for the decentralization of economic and political power in favour of the individual. Social Credit’s proposal for an honest monetary system is not socialist but rather anti-socialist. It is completely compatible with a free enterprise economy (incorporating free markets, private property, individual initiative, and the profit motive) Cf. http://www.socred.org/index.php/blogs/view/why-social-credit-is-not-socialism.

Last modified on Saturday, 10 February 2018 18:02
Tweet
Published in The Economics of Social Credit in Summary
More in this category: « The Flaw in The Circular Flow A Summary of the Social Credit Monetary Reform »