The Meaning of Leisure 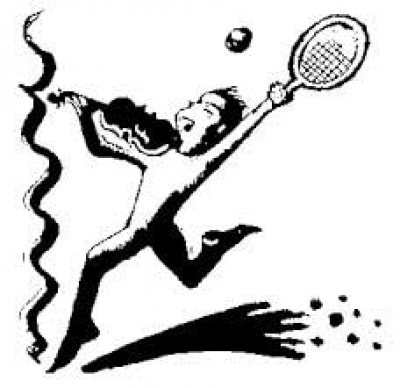 A few days ago, a friend of mine brought my attention to an article that had been published just recently in Crisis Magazine. The article was entitled “Why Leisure is the Remedy for Sloth”:

While I agree with many of the individual observations that were made in the article, I also have a number of objections and reservations concerning its content. Instead of discussing these in the form of a critique, I thought it would be more profitable to present the basics of the Social Credit perspective on leisure as a counterpoint. One of the most remarkable things about Social Credit theory, an indication of its intellectual fruitfulness, is the fact that it throws such tremendous light on so many other aspects of reality.

From a Social Credit standpoint, it is important to reflect on the true nature and value of leisure because leisure plays a vital role in the sort of society that Social Credit envisages.

Whether we like it or not, technological advancement and industrial production mean that the raw physical efficiency of productive systems is steadily increasing and could be greatly increased even further if all artificial barriers to efficiency were removed.

Humanity has a choice to make. We can either continue on our present and ill-fated course and try to cram as much labour into the productive system as possible, a productive system which neither really needs nor is capable of absorbing so much superfluous human energy, or we can gratefully accept the fact that economic activity is becoming less and less a natural burden of existence and should therefore be summarily relegated to the sphere of those activities which we perform more or less automatically – without thinking too much about them or devoting too much energy to them:

If we assume that the constant efforts to reduce the amount of labour per unit of production are justified, and we recognise the unquestionable fact that the genuine consumptive capacity of the individual is limited, we must recognise that the world, whether consciously or not, is working towards the Leisure State. The production system under this conception would be required to produce those goods and services which the consumer desires of it with a minimum and probably decreasing amount of human labour. Production, and still more the activities which are commonly referred to as “business”, would of necessity cease to be the major interest of life and would, as has happened to so many biological activities, be relegated to a position of minor importance, to be replaced, no doubt, by some form of activity of which we are not yet fully cognisant. [1]

Indeed, whenever we finally do decide to reform the financial system along Social Credit lines in order that this second and enlightened path can be followed, a new ‘problem’ will arise: what shall we do with all of the time and energy that will be liberated as a result? Clearly, something must be done with this freed time and freed energy; some outlet(s) must be found so that time-energy units can be effectively canalized. The Social Crediter would be the first to admit that meaningful activity of some kind is a necessary (though not sufficient) condition for a healthy human being:

The healthy human individual requires work (i.e., in the sense of meaningful activity, not necessarily paid employment – OH) of some kind, just as he requires food; but he is not a healthy individual, mentally at any rate, if he cannot find work for himself, and probably find work which he can do far better than that which is arranged for him by somebody else. [2]

The labours of our scientists, our engineers, and our organisers have brought us to the edge of a new world – a world of leisure affording opportunities for the expansion of a real culture, such as history has never even contemplated. [3]

Fortunately, the cultural entails so many possibilities for human activity that it cannot be exhausted. It is to this sphere, therefore, that humanity may be expected to re-direct itself with new ardor. It is the cultural activities which we most enjoy because we intuitively sense that it is for the aims of the cultural, i.e., self-development, and through self-development transcendence, that we were put on this earth in the first place. This anticipated ‘blossoming of the cultural’ throws light on the real meaning of leisure. In Social Credit theory, leisure does not refer to idleness (of whatever variety), but to self-chosen (i.e., voluntary) activity which is at least meaningful and also often creative in nature. In other words, leisure activities are cultural activities. Such leisure activities may include: hobbies of various kinds, craftsmanship, the fine arts, sports and recreation activities, volunteering, community engagement, scientific research, technological development, terrestrial and extraterrestrial exploration, ethical and philosophical development, spirituality and religious practice ... and I am sure that this list does not exhaust the range of possibilities.

"What are we aiming at? What are we trying to get?
Well, now, I will put it in a very large general form, as I see it from one point of view.
We are endeavouring to bring to birth a NEW CIVILISATION. We are doing something which really extends far beyond the confines of a change in the financial system.
We are hoping by various means, chiefly financial, to enable the human community to definitely step out of one type of civilisation into another type of civilisation, and the first and basic requirement as we see it, of that, is absolute economic security."

Last modified on Saturday, 10 February 2018 17:59
Tweet
Published in Social Credit and Leisure
More in this category: The Liberation of Leisure »