The Diffidence of Distributists 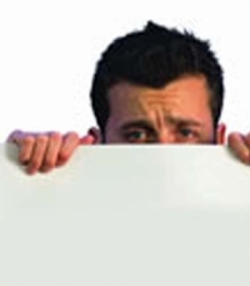 From something a Distributist once said to me about the primacy of the moral in economics, I wonder if the following might explain Distributism’s reticence where Social Credit was concerned.

Distributism started with an intent of applying moral values to economics. Social Credit started with the discovery of a serious and recurring technical problem which had nothing whatever to do with morality as such. Its primary cause was not usury or greed or avarice; exacerbations though they may be. Indeed, if there were no usury, greed or avarice on earth whatever, there would still be a deficiency of purchasing power in the modern market place due to the differing rates of flow of costs and incomes in an environment of lengthening lead times in production (due to the increasing capitalisation of productive processes, and the issue and cancellation of claims upon production [read money], which is not synchronised with the actual arrival of goods and services to the market place). In algebraic form Social Credit started with the proposition A<A+B.

The above resulted in Social Credit asking “What is to be done about this?”  Immediately all the big questions began to flow: what is the purpose of the economy, the nature of reality, or the end of man etc.? Thus it ended in the same place as Distributism philosophically. This is the natural order of progress. Men discovered gun powder, the internal combustion engine, nuclear fusion or America, and then asked “What are the moral implications of our use of this knowledge?”

Distributism began where Social Credit ended. But did it start at the beginning? Did an intention of applying moral values produce the concepts that E =MC squared, the actual rate of acceleration of a mass in a vacuum, or the Second Law of Thermodynamics? The widespread acceptance of moral values created an environment in which scientific discovery was possible and often (though not always) encouraged. Genetics was foundered by a Monk who was inspired to enquire into God’s creation, but moral law did not inform his discovery.

Had the deficiency of purchasing power resulted from sin it would have been grasped at once by Distributism. Unfortunately, it was only the result of the differing rates of flow of prices and incomes through time. It is impossible to understand this thing itself from a moral perspective. It is only once we say “OK, we accept the existence of this technical problem” can we go to the next issue which is “What are we to do about it?” Here we have a choice of a hell-on-earth of $150 trillion of debt (IMF figures) and rising before a mesmerised and transfixed polity, or something better. [1]

A Movement built upon the need to apply moral values has no common basis amongst its members to judge, when neither sin nor virtue are detectable in a proposition. Is the A + B Theorem forever to be shunned because a moral basis for its acclaim or criticism is undiscoverable?

If we assume the Law of Gravity to be in universal existence, we can then test it by careful observation to see if there are any exceptions. Our failure to find any doesn’t prove that none exist. As a friend of mine often says “Just because I’m paranoiac, doesn’t prove that there’s nobody after me.” How do I know that gravity exists? Have faith my child. But if in the whole of human experience the Law of Gravity has never once been contradicted, surely that constitutes proof absolute. Yes indeed, but only if you have faith in the Laws of Probability.

Only “the substance of things hoped for; the evidence of things unseen” can enable us to disbelieve in Say’s Law which holds that “Supply creates its own demand.” In a barter economy the supply of goods (or services) is also the means of buying them, so Say’s Law is then actually saying X=X.

In a money economy Say’s Law has it that Prices will always equal the Money Income Available to meet them. It is saying that P=MIA, or if you prefer it, Apples=Oranges.

Willing the basic problem in the economy to be a moral problem, will not make it so. Confining our search for economic cures to the arena of moral conundrums unnecessarily excludes pure mathematics.

Perhaps if we pretend that there is an innate recurring deficiency of purchasing power it will help to explain some things. Does anybody else ever wonder why the World’s people have been so stupid as to borrow $150 trillion when they always had enough money to buy everything without it? When the money supply increased by 19% in Australia in 2007 why was inflation less than 3%? We should have had too much money chasing too few goods, surely? Why did we have a severe recession in Australia in 2008 when the amount of money was increased by 4 ½ % in that year? Surely that should have been sufficient when we already had enough without it? Why has the money supply been increased in Australia in every year of the Nation’s existence (1901 until now) when Say’s Law clearly shows that it was never necessary at any time? [2]

I once put each of these questions, and it was mischievously unkind of me to do so, to a soap box orator in a city park. He answered them all to his own satisfaction and in exactly the same way. “It’s all due to wickedness in the human breast, my good man, wickedness in the human breast” while fixing me each time with a most belligerent look, and placing increasingly greater emphasis on the “my good man” bit.

Perhaps I am completely wide of the mark in guessing at the Distributists' reticence to consider the A+B Theorem as a, or possibly the, missing piece of their puzzle. I am never surprised at the silliness of anything that I might say.

[1] http://www.cnbc.com/2016/10/06/global-debt-balloons-to-all-time-high-of-152-trillion-imf-warns.html Posted 6th Oct., 2016 and quoting the International Monetary Fund. This debt represents aggregate past deficiencies of purchasing power which have had to be created to allow sufficient sales to enable the system to continue. This debt has doubled in the past 16 years, the other half having accrued during the previous four hundred years. Being exponential in growth, it will double with increasing frequency until debt free credit (Social Credit) is applied to negate it.

[2] Data from the Australian Bureau of Statistic’s Annual Year Books.