Re: The Shrinking Need for a Workforce 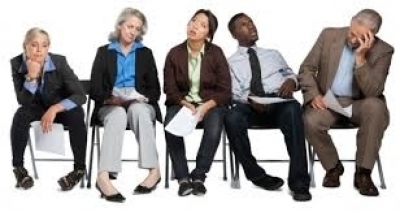 The following comment was submitted by Wally Klinck in reference to a recent blog entry:
http://mikestreetstation.wordpress.com/2014/09/01/the-shrinking-need-for-a-workforce-this-time-its-different/.

Your article of September 1, 2014 on "The Shrinking Need for a Workforce”, with accompanying excellent video, focuses on the central issue of our amazing age. How blessed we are in having a marvellous technology enabling us to produce more and more of our desired and/or needed goods and services with decreasing human effort, with an ever-growing opportunity for expanding leisure in a cultured society. The so-called "problem" of growing "unemployment" is not a problem at all if we divorce the right to consumption from earned incomes. What constitutes the problem is an insufficiency of total incomes. The core problem is an insufficiency of total incomes relative to total costs and prices as the need for paid work is reduced. In the days of Merry England the people enjoyed approximately 150 holidays per year and yet, at a much lower level of technology, still provided for their living needs. That we should attempt to maintain "full-employment" in the present age of super-production is a complete anachronism.

Nearly a century ago the progressive displacement of labour by technology was observed and accurately predicted to increase exponentially by the late British engineer, Major Clifford Hugh Douglas, whose ideas became known as Social Credit. Douglas explained the necessity to devise a method of distribution independent of paid labour. While Assistant Director of the Royal Aircraft Factory at Farnborough in England, and through study of the accounts of approximately one-hundred other British firms he confirmed that every factory, except any facing bankruptcy, created financial costs and prices in greater volume than it distributed effective incomes. In the normal operation of the economy an increasing "gap" is created between final prices and effective consumer income.

This deficiency of effective purchasing-power increases with the intensified use of technology where "machine charges" increase relative to labour charges. The more we modernize our economy the more the the financial system becomes unbalanced or non- self-liquidating and sabotages the real gains we make in actual physical efficiency. Paradoxically, this phenomenon occurs because of increasing allocated capital charges which must be added to the income-generating costs of wages, salaries and dividends in each cycle of industrial cost-accountancy. We attempt to compensate this growing chasm between financial costs and incomes by contracting ever-larger debts to banking institutions which create loans as new credit owing as a debt to themselves. This does not actually liquidate production costs but passes them on as an inflationary charge against future production cycles. We also engage in vast new capital expenditures such as superfluous capital works and war production so to generate incomes which can claim not current but past production. We also engage in irrational and internationally provocative attempts to export more goods than we import.

Douglas proposed what should be the obvious solution: Establish a National Credit Account as an actuarial estimate of the nation's potentially productive assets, i.e., its Real Credit--everything which if used for production could create prices. Ensure that all new production is financed by new credits issued by banks in the customary manner. Draw down the costs of all such new production in progress from the National Credit Account but credit this Account with all new finished production. Draw down from the National Credit Account, as items of consumption, funds to pay to each citizen a National Dividend and to each retailer a sum determined by the decreasing ratio of national consumption to production, enabling such retailers to reduce final retail prices at point of sale, i.e., to establish Compensated Prices which will be much lower relative to conventionally accounted prices. Because the National Credit Account will be credited with all new capital production it will always be growing regardless of "debt-free" money being withdrawn from it for financing of National Dividends and Compensated Prices. The physical costs of production, i.e., the human and non-human energy and materials required, have all been provided when a good is completed for use. The is no attached physical debt to such items and the financial system should accurately reflect this fact. There should be no need on a macro-economic level for any consumer debt whatsoever.

Douglas's proposals would give us increasing abundance with falling retail prices and an opportunity for increasing leisure. “Unemployment" would been appreciated as the blessing it is in actuality. We would no longer be required to finance purchases of current production by incomes derived from additional increasingly irrelevant, wasteful and destructive so-called "economic" activity. The primary cause of international friction and war would be eliminated as nations would be able to engage in genuine balanced trade rather than attempting to force exports in excess of imports in order to capture external credits in an attempt to compensate for internal insufficiency of consumer purchasing-power. We could emerge into a secure, leisured and cultured Civilization--something that is quite impossible under the existing defective financial system.