Dividends Instead of Debts 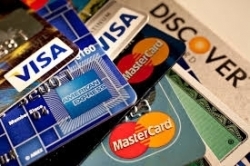 Just last week, Equifax Canada, a credit reporting agency, revealed that the average outstanding consumer debt per adult person in Canada (excluding mortgages) had increased 3.6% over the course of a one-year period to 22,081 CDN. At the end of September 2015, Canadian consumers owed a total of 1.587 trillion dollars in debt (mortgages included). By the end of September 2016, that number had risen to 1.702 trillion dollars (mortgages included). Cf. http://www.theglobeandmail.com/globe-investor/personal-finance/household-finances/more-canadians-going-bust-as-consumer-debt-surges-36/article33235495/.[1] The increase of 3.6% in average debt per person, while sounding small, was complemented by increases in mortgage borrowing, such that the total net increase in outstanding consumer debt was of the order of 115 billion dollars. Please note that we are NOT told how much consumer debt was written off as bad debt during the same period. If that debt had not been wiped out, the total amount owing would undoubtedly have been even greater.

The steady increase in outstanding consumer debt occurs because there is insufficient consumer income to purchase all that is on offer in the economy. Relatively lower interest rates merely facilitate the increase; it is not its fundamental cause as the article seems to suggest. When people do not have sufficient money to purchase the goods and services that are available and that answer to some need or want, they can nevertheless obtain the goods if they are able and willing to pledge their future incomes as collateral for additional credit in the present. It must be stressed that this credit, which is obtained from private banks in the form of lines of credit, personal loans, credit cards, mortgages, student loans, car loans, installment buying programmes, etc., is, like the bulk of the money supply, created out of nothing in the form of intangible numbers and issued as an interest-bearing debt. Consumers who borrow are not borrowing from the rich with the bank acting as an intermediary; they are borrowing the money into existence directly from the bank as a money-creating agency. Consumer credit therefore represents an injection of new or additional money for the economy, money the economy desperately needs if it is to stave off recession or worse.

Apart from the large sums of interest which might be paid on such consumer debt, and which constitute a transfer of wealth from those who typically lack sufficient buying power (hence the need to borrow) to those who enjoy a surplus, the reliance on consumer debt to maintain the economy’s momentum is also inflationary. As consumer debt is gradually repaid out of future earnings, the erosion of buying power will provoke calls for wage and salary increases in order to “keep pace with the cost of living”. These cost of living allowances, unless paid out of a more equitable distribution of profits, will have the further consequence of eventually driving up costs and hence prices, since the employers who grant the increases will have to borrow more producer credit from banks in order to meet the increases in the labour bill. This will lead to further claims for wage/salary adjustments down the line in a never-ending wage-price spiral. At the same time, the increase in earnings and costs will relativize the size of past consumer debts, thereby creating more space for increased borrowing and a further intensification of the vicious cycle of cost-push inflation. Those with savings and who live on fixed incomes are left to bear the burden.

Now these particular statistics concerning consumer debt are very interesting from a Social Credit perspective because they provide us with a means of indicating on a small and incomplete scale what Social Credit intends in the realm of monetary and economic reform. Let us imagine that, instead of borrowing an additional 115 billion dollars from private banks, all consumer borrowing involving the creation of new money has been prohibited. Let us further imagine that an agency of the state, a National Credit Office, creates the 115 billion dollars which the economy needs as a debt-free, cost-free credit, divides it up amongst the whole population and unconditionally distributes an equal, inalienable, and tax-free share to each person living in Canada. As the population was recorded at 36.4 million people in 2016 (including permanent and temporary residents, as well as citizens), that share would be equivalent to 3159.34 per person over the course of the year in question.[2] That may not sound like much, but it may make all the difference in the world to students, single parents, the unemployed, etc. It would have the added advantage of not being inflationary but rather counter-inflationary. When this 'debt-free' credit is received by retailers in exchange for some good or service, it will be used to pay down part of their revolving producer lines of credit or be used to restore to help their stock of working capital for the next cycle of production. ‘Debt-free’ credit and debt will cancel each other out of existence or be transformed into producer credit and that can only be re-issued alongside a new set of costs. There will be no need to pay the credit back out of future incomes, so no need to demand higher wages/salaries in response to the cost of living pressures that consumer debt would induce.

Basically, this innovation in our financial affairs might be taken as a model of what Social Credit envisages for the economy as whole. The replacement of consumer debt by ‘debt-free’ credit issued to each person in the form of a National Dividend could serve as a starting point for the conversion of the current financial system into a Social Credit system. Probably quite a bit more ‘debt-free’ credit could be issued than the 115 billion that was borrowed without causing any difficulties. Along the same lines, all of the excessive and typically increasing public debt (at all levels of government) in the form of Keynesian stimuli (in the form of back to work programmes, unnecessary public projects, various social programmes, etc.) could also be replaced by the creation and issuance of ‘debt-free’ credit in the form of a National Discount and a further expanded National Dividend. The same could and should be done with excessive business debt for additional production that is sought more for its job-provision and income-distributing qualities than for the resultant production (which is, more likely than not, something that the properly financed and psychologically satisfied and independent consumer would not wish or need to consume).[3] Naturally, patterns of production and consumption would change and work patterns would also be modified as the economy moved away from full employment as an ideal goal and turned towards the only thing that would make sense in terms of true economic efficiency: the minimum employment necessary to deliver the goods and services that are required for the survival and flourishing of each individual in the community.

[1] The original Equifax press release can be found here: http://www.consumer.equifax.ca/about-equifax/press-releases

[2] This is just to provide a general example without any complications. In practice, the dividend should probably only be paid to citizens and perhaps also to permanent residents, and only to adults, with minors receiving some kind of pro-rated payment. These alterations would, of course, increase the size of the general payment.

The attentive reader will also be likely to note that dividing the compensatory ‘debt-free’ credit in equal allotments in lieu of the present distribution of consumer credit is likely to have a number of consequences, some of them perhaps unintended, on the economy. For this very reason, any attempt to put a programme of this type into operation would have to be done carefully, perhaps in stages, and with due study having been undertaken before, during, and after.

[3] As a matter of fact, the net increase in consumer debt is usually just a small component of the net increase in compensatory debts across the whole of society (i.e., the number one gets when one also includes net increases in government and business debts). The total amount of a 'debt-free' dividend and discount would effectively be determined by how much would be necessary to replace a fully compensatory flow of societal debt in its entirety.