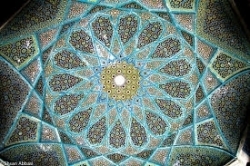 "Even after all this time,
the sun never says to the earth,
‘You owe me’.
Look what happens with a love like that...
It lights the whole sky."

The foregoing poem is widely, and quite probably falsely, attributed to the great Persian poet Hafez (1325/26–1389/90 AD).[1] Be that as it may, “The Sun Never Says” successfully highlights the reality and the power of the gift, the ‘something for nothing’ that is inherent to the very nature of reality.

For ideological and no doubt political reasons, orthodox economics has tried to bury the gift, to exile it from the sphere of economics with the mantra, endlessly repeated like a form of Chinese water-torture, ‘There is no such thing as a free lunch!’

In direct opposition to the teachings of economic orthodoxy, Social Credit theory affirms the existence of the ‘unearned increment of association’. In sober truth, the much maligned ‘free lunch’ is a reality that is operative in all spheres of activity with which we are familiar, including the act of production.

Being, that is, reality or nature, is constructed in such a way then when two or more different elements are brought into the proper relationship or association with each, the power which these elements then have to be or to effect change in the world is greater than the mere sum of the component parts. That is, power or output can be multiplied by the apparent ‘magic’ of association, with the surplus (i.e., that which exceeds the isolated contribution of each element) supervening on the association as whole as a superabundant gift. The surplus is not the exclusive property of any one component, nor is it in any way earned by them. It is a something for nothing, or a free lunch.

One of the simplest examples of the unearned increment of association is that of a lever. A lever is a mechanical device that consists in the association of a beam or plank with a fulcrum on which the beam may pivot. By applying force at one end of the beam, levers allow human beings to move weights on the other end with less effort than a direct application of force would require. The effort saved, or alternatively, the movement of an object that could not otherwise be achieved with the force on hand, is the unearned increment of association that accrues to the human being who is intelligent enough to make use of the lever.

The whole of reality is pervaded by associations of various kinds and their corresponding unearned increments. Biological systems could not function without them. Society itself would have no reason for being if there were no benefit, no profit, in associating with our fellows in the pursuit of common objectives. If we learn to identify and to take advantage of these unearned increments, we are able, in some sense, to obtain something ‘more’ than what we had put into the system to begin with. Our benefits will exceed our costs.

The economic realm is no exception. There is an unearned increment of economic association that is made possible by the conjunction of natural resources, the co-operation between individuals and groups, and the application of the cultural heritage (i.e., the discoveries and innovations of scientists, engineers, organizers, etc.) in the manufacture of real capital (machines and equipment). Under modern, industrialized conditions, the proper association of these elements renders it possible to produce all the goods and services that people can use with profit to themselves, while employing less and less human labour. This surplus of consumer goods and services that are or could be produced under industrial conditions, in comparison with what human beings would be producing if they possessed no tools whatsoever, is society’s economic profit or the economic free lunch.

From a Social Credit perspective, the greatest problem with the existing economic order is that the conventional financial system is not designed to either recognize or to equitably distribute this free lunch. Instead, it allows the private banking system to use its current monopoly power over money-creation as a form of leverage so that access to the societal profit is only granted on asymmetrical terms. This results in the transfer of wealth, privilege, and power from the common citizenry to the financial elite. Production and consumption, the activities of the real economy, become beholden to the banking system and its operators. While many monetary reformers make the mistake of thinking that this problem is THE problem with the financial system, it is actually a secondary consideration. The more fundamental problem lies with the price system and its failure to monetize, for the full benefit of the consumer and thus on a gratuitous or debt-free basis, the unearned increment of economic association which is already a feature of the physical economy.

As followers of this blog will have noted, the bulk of the money supply (+95%) in any developed country exists in the form of bank credit. Now this bank credit, i.e., intangible numbers, enumerated abstractions, or book-keeping money, is created by private banks and, for all intents and purposes, it is issued or injected into the economy in form of a debt of one kind or another. Whenever a bank makes a loan or purchases a security, etc., new money in the form of bank credit is created, and whenever a bank loan is paid back or a bank purchase is sold or otherwise redeemed, money in the form of bank credit is destroyed. All of the money that a bank injects into economy it will seek to recover or withdraw from the economy at one point or another. None of the money that it injects is a free gift.

But, dear reader, where, oh where is it written that all of society’s money ought to be injected into the economy as a debt (or debt-equivalent), a debt owing to private banks? This is, for all intents and purposes, the current convention, but conventions can be changed. Indeed, if said conventions interfere with the fulfillment of the economy’s original and only authentic purpose as Social Credit claims they do, then they should be suitably altered.

What Social Credit proposes is that in place of an all pervasive debt-based system, it is necessary (both just and expedient) for a certain proportion of the money supply, that which would represent the unearned increment of economic association, i.e, the societal profit, to be injected into the economy in the form of ‘debt-free’ credit.

The issuance of all money as ‘debt-money’ would not have been a problem in and of itself if the circular flow functioned in the way that orthodoxy asserts. That is, if the money created and lent for production equaled a) the money received by consumers (by way of salaries, wages, and dividends) and actually spent on goods and services, which then equaled b) the costs and hence prices of that production in the market, there would have been no problem. The circular flow would have exhibited a perfect and automatic balance, with the flow of incomes derived from production being equal to the flow of prices which that same volume of production had generated.

Douglas discovered that, under modern, industrial conditions, the reigning financial system (i.e., the banking system in conjunction with the system of cost accountancy) causes the circular flow to deviate from this pattern. Money created and lent for production does not equal the money received by consumers (by way of salaries, wages, and dividends), and even if all of the available consumer income were spent on goods and services (as opposed to being saved or re-invested), the flow of income will not equal the costs and hence prices that the industrial system is obligated to charge so that all expenditures and allocated charges can be met and bankruptcy avoided.

Contrary to the ideal and proper functioning of the circular flow as envisaged by Say’s law, the actual circular flow is continually undermined because the process of production generates prices at a faster rate than it distributes incomes to consumers. There is a chronic lack of sufficient consumer income vis-a-vis the corresponding prices; the price system is inherently unbalanced. N.B. The factor which is primarily responsible for the societal profit, i.e., the real or physical capital, is the same factor which is mainly responsible for causing costs to exceed incomes.

The prescription follows quite naturally from this diagnosis. The key aim of the Social Credit monetary reform is to restore a self-liquidating balance to the economy’s circular flow. In lieu of the conventional palliatives in the attempt to restore equilibrium in each economic period, chief amongst which are additional borrowings of newly-minted credit from the private banks in the form of corporate, public, or consumer loans, Social Credit proposes the establishment of a National Credit Office (NCO) to break the banks’ monopoly control over the money system. The NCO will ensure, amongst other ends, that there is sufficient purchasing power in the hands of consumers to meet all of the costs and hence prices of production as consumer goods and services come onto the market. A certain portion of this compensatory credit would be distributed to each citizen in the form of a National Dividend, possibly on a monthly basis, while another portion, the National Discount or compensated price, would provide for consumer goods and services to be sold at the proper fraction of their financial costs (the fraction corresponding to their real or natural costs of production).

In contrast to the standard practice of the private banks, the money distributed by the National Credit Office (NCO) in the forms of the National Dividend and the National Discount would be free gifts to the economy; the NCO would make no attempt to retrieve or withdraw the credit that it injects. It is for this reason that the NCO’s compensatory credit has often been described as ‘debt-free’ credit. It is issued without any obligation on the part of the recipients to pay it back to the NCO; it is issued without simultaneously creating a corresponding cost. When it is received by retailers in exchange for their products it will be used by them to pay down their production loans, and/or to restore their working capital. Since it is issued in the correct proportion to meet outstanding production costs (whether these be composed of outstanding bank debts or other costs), there is no danger that the compensatory credit will build up or cause inflation. Credit used to meet surplus costs will either be destroyed in repayment of a bank loan or be used to restore working capital. From the point of view of consumers, however, the compensatory credit is indeed a free gift, a free lunch, and the lesson of Social Credit is that unless the financial system bestows this free gift on the citizenry, the economic system cannot achieve a real, i.e., self-liquidating, equilibrium. In other words, without the gift of ‘debt-free’ credit, the economy cannot be made to work in a stable, efficient, effective, and fair manner. The economy needs the gift.

And so we are faced with a choice: we can either continue to blasphemously reject the possibility of an easier, more free-flowing access to the abundance that has been made possible by the designs of God and the free gifts of nature (on the puritanical and false basis that “there must be never be any wealth without work”, viz., “all wealth must be earned”), or we can gratefully and humbly embrace our good fortune as the intended blessing that it is and refocus our attention and effort on altogether higher planes of activity.