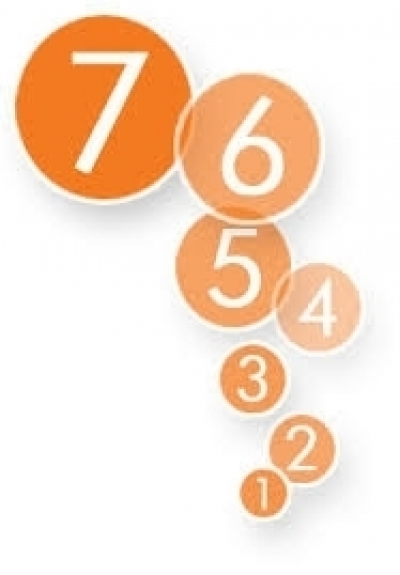 As interest in the economics of Social Credit grows, it is important to provide people with accurate and comprehensive summaries of C.H. Douglas' analysis and remedial proposals. In what follows, I will outline in seven points the salient features of the Social Credit approach to economic questions.

1. The economy exists to provide people, as efficiently as possible, with the goods and services that they need to survive and flourish. That is, production exists for the sake of consumption, not for the sake of money-making, employment, satisfying the creative impulse, or ‘moral’ discipline (considered as ends in themselves). It most certainly does not exist for the sake of centralizing wealth and power in the hands of an oligarchic elite.

2. The primary economic problem, that which prevents the economy from fulfilling its true purpose (as outlined in point #1) to the extent that this fulfillment is physically possible, is a structural feature of the conventional financial system: there is a chronic deficiency of consumer purchasing power, or a macro-economic gap between the rate of flow of retail prices and the rate at which incomes are distributed by the corresponding production of consumer goods and services. The established system is inherently unbalanced; Say's law does not hold.

3. This gap has many causes [profit-making (including profits derived from interest charges), the re-investment of savings, deflationary banking policies, and taxation], but is due, in the main, to the way in which real capital (machines and equipment) are financed and the way in which their costs are then accounted under existing conventions. Whenever real capital is manufactured or replaced, the capital costs that are generated exceed the consumer incomes that are simultaneously distributed. The gap is intensified by net savings.

4. The present economic system employs a variety of palliatives in order to compensate for the gap (bankruptcies, forced sales, ‘favourable’ trade balances, etc.), but, in the main, it relies on governments, businesses, and individuals to borrow additional debt-money from the private banking system. By spending money on additional production, whether public or private, that the consumer will not buy or will not pay for in the same period of time, consumer incomes can be augmented without increasing the flow of consumer prices. In the same way, loans to consumers can help to bolster the existing flow of consumer purchasing power. For the most part, we muddle along by filling the gap with debt-money. (N.B. every bank loan creates money ex nihilo in the form of bank credit and every repayment of a bank loan destroys bank credit. The vast majority of the money supply exists in the form of bank credit and most of the bank credit is issued in the form of a repayable debt).

5. The consequences of the conventional palliatives are: the business cycle, constant inflation (mostly cost-push, but also demand-pull), the misdirection of economic resources, economic inefficiency, economic waste and sabotage alongside forced economic growth, an ever-increasing mountain of societal debt that is, in the aggregate, unrepayable, recurring financial crises, heavy and often increasing taxation, wage and debt-slavery, servility, the usurpation of the unearned increment of association by the private banking system, the centralization of economic wealth, privilege, and power in fewer and fewer hands, forced migration, cultural dislocation, unnecessary stresses and strains, social conflict, environmental degradation, and international economic conflict leading to war, etc., etc.

6. The Social Credit solution to the problem of the gap is to have a politically independent organ of the state, a National Credit Office, continually issue, on the basis of the relevant statistics, a sufficient volume of credit so that consumers can purchase the ‘surplus’ of goods and services that are being produced. This credit is to be issued free of debt and in lieu of all of the conventional palliatives that are presently employed in attempting to manage the gap.

In order to accurately reflect the physical reality, a certain volume of this compensatory credit would be used to lower retail prices in accordance with the consumption/production ratio. The true cost of production is consumption. Hence, production should not cost, in financial terms, more than was spent on the consumption that was necessary to bring it into existence. Selling goods below cost to the consumer and making up the difference to the retailer would allow for production to be sold at its ‘Just Price’ – i.e., the price that reflects its real cost.

The remainder of the compensatory credit is to be issued in equal proportions to each citizen, whether he be employed in the formal economy or not. The National Dividend is justified morally by the fact that each citizen is rightly regarded as a shareholder in his economic association and as an heir to society’s cultural heritage. It is the cultural heritage (the inventions and discoveries of past scientists, engineers, organizers, etc.) which makes the greatest factor in modern production, the real capital, possible. And it is the real capital which is primarily responsible for the price-income gap. Therefore, the most appropriate way of filling this gap is to recognize that individuals are the beneficial owners of the real capital and deserve to receive a dividend on its operation. The National Dividend is justified pragmatically by the fact that the economy needs an injection of debt-free credit in order to function in a real or self-liquidating equilibrium and it needs to provide those whose labour is no longer required in the formal economy (on account of technological advances and improved production efficiency) with an income so that they can nevertheless purchase goods and services. A policy of full employment makes absolutely no sense when the efficient production of those goods and services which people can use with profit to themselves does not require, within the context of a modern, industrial economy, the full capacity of the available labour force.

The Social Credit economic system is simply free enterprise (i.e., the private ownership of the means of production, the free market, individual initiative, and functionalist profit-making) plus an honest financial system. It is neither socialist nor capitalist, but is rather distributist in orientation: by means of the dividend every citizen would be guaranteed a minimum claim on the production made possible by the real capital. Social Credit would transform society into a gigantic profit-sharing co-operative.

7. The consequences of a Social Credit monetary reform would be the establishment of absolute economic security for every citizen in place of poverty and the threat of poverty, increasing leisure in place of servility (i.e., freedom from wage-slavery, debt-slavery, and useless, witless, and/or destructive employment), the elimination of society's chronic and unrepayable debt burden and the interest charges that accompany it, the decentralization of economic wealth and power to the individual, the elimination of economic waste and sabotage, continual reductions in prices instead of inflation, much lower taxes, much less government regulation and interference, economic co-operation instead of ruthless competition, social stability, the transformation of civilization based on the unfettering of the creative impulse and the flourishing of both folk culture and high culture, environmental protection, conservation, and repair, and mutually beneficial international trade providing a sound foundation for world peace. Whatever is physically possible and desirable should be financially possible. All that is required is to alter the financial system so that it accurately represents the physical facts and potential of the real economy.

Last modified on Saturday, 10 February 2018 18:00
Tweet
Published in The Economics of Social Credit in Summary
More in this category: « Social Credit: Then and Now