The Distribution of Credit 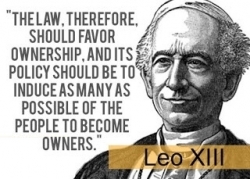 Upon discovering that the private banks, instead of acting as mere intermediaries between borrowers and lenders, actually create the bulk of the money supply ex nihilo in the form of intangible numbers (i.e., bank credit), it is easy for the would-be monetary reformer to believe that the core issue is the fact the banks have fraudulently usurped what should be regarded as a state or government function, i.e., the provision of the money supply, and that, by charging significant sums in interest and other fees, the banks are exploiting the rest of the community for private gain.

The authentic Social Credit analysis, however, points in another and more profound direction. What is chiefly responsible for making the ‘monopoly of credit’ a problem, even with regards to those particular issues that the garden variety of monetary reformer is rightly concerned with (i.e., questions involving the banks’ lack of transparency in creating credit, their control over the allocation of credit and hence economic policy, and the substantial profits and power that accrue to them on account of their monopoly of credit), is the accounting flaw in the economy’s price system.

What Douglas discovered was that – apart from any question of interest or usury – standard banking practice (involving the cycle of the creation and destruction of credit via loans and their repayment) in combination with standard conventions governing industrial cost-accountancy result in the build-up of costs and hence prices in the industrial system at a faster rate than incomes are simultaneously being distributed to consumers in the form of wages, salaries, and dividends. More specifically, real capital (i.e., factories, machines, equipment, etc.) bear accountancy costs (such as capex and opex charges) that are charged into the flow of prices, but are not distributable as current income to consumers. The prices of goods on sale would be automatically balanced with consumer buying power if the financial system accounted the process of production accurately and always represented increases in prices with a corresponding increase in consumer purchasing power. Unfortunately, it does not do this; it is not self-liquidating.

The only way to fill this gap under the existing financial system is to rely on governments, and/or businesses, and/or consumers to obtain new, additional money from some source.[1] Loans for increased production (AKA economic growth), whether private or public and whether needed or not, increase the rate of flow of incomes to consumers without, in the same period of time, increasing the flow of prices. Since there is a time-lag between investment and the appearance of the resulting production on the market, such activity can temporarily compensate for the deficiency in consumer purchasing power. The other option is to have consumers supplement their incomes directly by contracting consumption loans or making use of overdrafts of various kinds. In all of these cases, the economy’s need for an increase in the money supply can only come by way of the private banks since the prerogative of creating commercially traded bank credit belongs to them.

This puts the private banks in a very enviable and commanding position. Since the banks claim the ownership of the financial credit that they create (this is implicit in the act of lending it), they are ipso facto asserting ownership over the real credit (which they did not create). This, in itself, wouldn’t constitute much of a practical problem if there were no recurring gap between prices and incomes. The existence of the gap renders the implicit claim to ownership a huge problem, however, because it allows the banks to appropriate the factor of production that is primarily responsible for the gap, i.e., society’s real capital, for their own benefit and at the expense of the common citizen. Access to the surplus flow of goods and services that the real capital makes possible can only be granted via additional government, corporate, or consumer loans from private banks; and thus, such access will only be granted on terms that will deliver an unjustified host of benefits (increases in wealth, power, and prestige) to the private banks.

In sum, the gap in the price system provides the opportunity for the banks to exercise financial control over society’s surplus production. It allows them to assert themselves as the chief beneficiaries of the real capital. Since they did not create the real capital, this assertion is nothing less than a usurpation. It is this dispossession of the rightful owners of the real capital (the common citizens) that constitutes the greatest evil inherent to the private banks’ ‘monopoly of credit’.

The costs of allowing a self-serving private monopoly to fill the gap are extremely heavy. Instead of enjoying an abundance of needed goods and services alongside increasing leisure from an economic system that is socially equitable, environmentally sustainable, and internationally concordant, we are hounded by the paradoxes of poverty in the midst of plenty and of servility in place of freedom, by the recurring cycle of boom and bust, by continual inflation (both cost-push and demand pull), by economic inefficiency, waste, and sabotage, by forced economic growth, by an ever-increasing mountain of societal debt that is, in the aggregate, unrepayable, by heavy and often increasing taxation, by social conflict, by forced migration, by cultural dislocation, by environmental degradation, and by international economic conflicts leading to military conflicts and war, etc.

The Social Credit solution to the problem of the gap and to finance’s appropriation of the real capital is to break the private banks’ monopoly of credit by entrusting an organ of the state, a National Credit Office, with the tasks of creating sufficient debt-free credit to bridge the gap and then of distributing it directly or indirectly to consumers.

The nature, volume, and allocation of this compensatory credit are all based on one fundamental Social Credit principle: if our financial system is to function efficiently in the service of the common good, it must faithfully represent the physical facts of economic life. In other words, the money system should reflect reality.

If production, for example, has already been paid for in full by the community in physical terms – and this would have to be the case, otherwise no production would exist –  then the community should be able to pay for that production in full in financial terms without earning more money (via additional and usually superfluous production, especially capital production and production for export, and government projects and works) and without borrowing additional credit in the form of consumer loans/lines of credit. This is simply a requirement of equity, of calling a spade and spade, and of accurately registering on the financial plane the corresponding physical reality. Furthermore, it would recognize the fact that the common consumer, via his stake in the God-given natural resources of his country, his stake in the unearned increment of association (the benefits of group association), and his stake in the cultural heritage (the technical legacy of scientists, engineers, inventors, organizers, etc.), is the rightful beneficiary of society’s real capital. When the gap is filled, it should therefore be filled in such a way that the interests of the consumer (in obtaining the goods and services he needs to survive and flourish with the least amount of labour and resource consumption) are promoted above all others. This will require that the volume of money that is necessary to distribute the economic surplus while simultaneously enabling producers to cover their costs be freely issued in one form or another for the benefit of consumers.

To this end, Social Credit proposes to issue a certain proportion of the debt-free credit to lower the prices of retail goods by a fixed percentage across the board. The true purpose of production is consumption and the true or real cost of any production is the specific factors (raw materials, human labour, machinery, etc.) that have been consumed in the course of that production. Because of capex charges (i.e., the repayment of capital loans, etc.), the financial cost of production exceeds the cost of the associated consumption. In order to bring the prices of final goods and services into alignment with their real costs of production, the financial costs must be decreased by the same percentage that they currently exceed the cost of the associated consumption. In other words, capex charges must be taken out of prices. ‘Just’ or compensated prices of this nature would increase the purchasing power of consumer incomes while simultaneously providing retailers with debt-free credit to cover the difference in prices and to meet their costs. One might think of the compensated price as a standard sales credit.

The remainder of the compensatory debt-free credit would be distributed directly to each consumer, whether he be employed or not, in the form of a National Dividend. This flow of money would help to offset the opex and other charges for which no or an insufficient volume of consumer income is being liberated in the course of normal production. Notice that the phenomenon which is chiefly responsible for the gap: the financing and accounting of the costs of real capital, is the same phenomenon that is responsible for technological unemployment. As machines do more and more of the work, the formal economy can make profitable use of less and less human labour. It is therefore quite appropriate that the gap be filled in such a way that those individuals whose labour is no longer needed by the industrial system can nevertheless retain a secure income and with it access to goods and services. The National Dividend kills two birds with one stone and would also render the Welfare State and make-work programmes redundant.

Both the compensated price or National Discount and the National Dividend are to be issued in lieu of all of the conventional palliatives for filling or otherwise dealing with the gap and will vary in accordance with the relevant statistics. There is therefore no danger of demand-pull inflation.

Breaking the banks’ monopoly of credit in this manner would also go a long way towards eliminating or at least significantly mitigating the usual concerns of monetary reforms with private banking: the centralization of wealth, power, and prestige in the hands of financiers. In contradistinction to many of the other monetary reform proposals out there, however, the Social Credit proposals would entail a number of other knock-on benefits: absolute economic security for every citizen in place of poverty and the threat of poverty, increasing leisure in place of servility (i.e., freedom from wage-slavery, debt-slavery, and useless, witless, and/or destructive employment), the elimination of society's chronic and unrepayable debt burden and the interest charges that accompany it, the elimination of economic waste and sabotage, continual reductions in prices (as technology improves) instead of inflation, much lower taxes, much less government regulation and interference, economic co-operation instead of ruthless competition, social stability, the transformation of civilization based on the unfettering of the creative impulse and the flourishing of both folk culture and high culture, environmental protection, conservation, and repair, and mutually beneficial international trade providing a sound foundation for world peace.

[1] Additional borrowing of this nature (or else exporting for money) is the only way to fill the gap; it is not, however, the only way of dealing or coping with the gap. When the gap is not adequately filled, bankruptcies, forced sales, subsidized sales, destroying surplus production (a form of economic sabotage), and redistributing incomes from savers/investors to the poor, etc., can help to re-establish equilibrium between prices and incomes.