A National Dividend vs. a Basic Income - Similarities and Differences 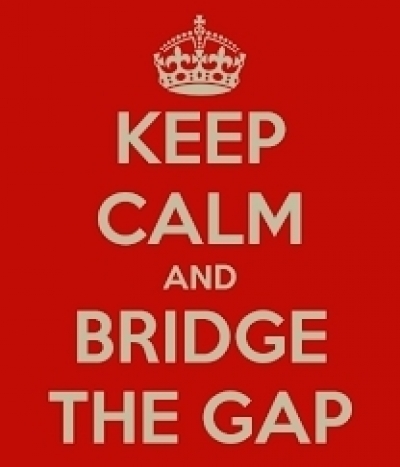 At the height of the Great Depression, the founder of the Social Credit movement, Major Clifford Hugh Douglas (1879-1952), described the proposal for a National Dividend in the following terms:

We believe that the most pressing needs of the moment could be met by means of what we call a National Dividend. This would be provided by the creation of new money – by exactly the same methods as are now used by the banking system to create new money – and its distribution as purchasing power to the whole population. Let me emphasise the fact that this is not collection-by-taxation, because in my opinion the reduction of taxation, the very rapid and drastic reduction of taxation, is vitally important. The distribution by way of dividends of a certain percentage of purchasing power, sufficient at any rate to attain a certain standard of self-respect, of health and of decency, is the first desideratum of the situation.[1]

The basic idea behind the National Dividend was this: just as a private company may distribute its profit to its shareholders in the form of dividends, so too can a nation monetize its macro-economic profit and distribute the usufruct to its citizens.[2] The issuance of such a dividend would transform the whole of society into a gigantic, profit-sharing co-operative.

The focus of this post revolves around the following questions: Is the National Dividend, as proposed by Douglas, just another version of a ‘Basic Income Guarantee’? Why or why not?

The BIG has been defined as “a government ensured guarantee that no citizen’s income will fall below the level necessary to meet their basic needs for any reason.”[3]

Like the Basic Income Guarantee, the dividend is universally inclusive. It covers each citizen by being distributed to each citizen.

Like the Basic Income Guarantee, the dividend has no work requirement or means test. It is issued unconditionally.

However, and this is the key difference as far as the definition of the BIG is concerned, the dividend is not guaranteed, either to sustain the income of citizens at the level that is required to meet their basic needs, or even to sustain their income at some minimum level that is fixed by government decree.

Since one of the three conditions that are independently necessary and jointly sufficient for correctly defining the concept of a Basic Income Guarantee is not met, it should be clear that the Social Credit proposal of a National Dividend does not qualify, strictly speaking, as a genuine instance or example of the BIG. Even so, it is expected that, under normal conditions, the National Dividend would meet all of the objectives of a BIG and would do so in a better and more sustainable manner. It is for this reason that the National Dividend is worthy of the attention of BIG advocates.

Unlike many, or indeed most, basic income guarantee proposals, the National Dividend is inextricably linked to a programme of monetary reform and that programme serves an economic policy that would rehabilitate the entire economic and social orders.

Social Credit claims that the fundamental problem with the modern, industrialized economy is the fact that the rate at which prices are built up in the course of production is greater than the rate at which incomes are distributed to consumers. In other words, Say’s law does not hold. Our economies are plagued by a chronic deficiency of consumer buying power.

There are many factors behind this macro-economic price-income gap, such as profit-making (including profits derived from interest payments on bank loans), net savings, the re-investment of savings, deflationary bank policies, and taxation, but the principal cause has to do with the ways in which real capital (i.e., machines and equipment) is financed and the ways in which its costs are then accounted for under the existing banking and cost accountancy conventions.

Whenever real capital is manufactured or replaced, the costs that are built up on account of capex charges (i.e., the repayment of capital loans to banks) and opex charges (i.e., charges for depreciation, obsolescence, maintenance, etc.) exceed the incomes that are simultaneously being distributed to consumers.

Naturally, this gap must be filled in one way or another if the economy’s circular flow is to attain some kind of equilibrium. The failure to achieve such a balance will result in bankruptcies, forced sales, economic stagnation, or even contraction.

According to Social Credit theory, the present economic and financial systems attempt to fill the gap by relying on continual increases in public, business, and consumer debts. Additional money must be borrowed into existence from the banks (which create the bulk of the money supply ex nihilo) in order to increase the volume of consumer purchasing power. This leads to the build-up of an ever-increasing mountain of societal debt that, in the aggregate, can never be paid off. In the United States, for example, the total debt outstanding is estimated at 59.3 trillion dollars, while the GDP is only 17.4 trillion and the money supply (M2) is 11.8 trillion.[4] The excess of debt over money is a partial record over time of the recurring gap between prices and incomes.

Government production on things that the consumer does not buy or won’t pay for in the same period of time, or business production on capital goods or goods for export can help to increase the rate of flow of consumer incomes without simultaneously increasing the rate of flow of final or consumer prices. Loans to consumers involving the creation of new debt-money from the banks increase consumer purchasing power in an even more direct manner.

Instead of filling the gap with additional debt-money, Douglas proposed that the gap be filled with ‘debt-free’ money and that it be distributed directly or indirectly to the citizens. The indirect payment is known as the compensated price or the National Discount in Social Credit literature, while the direct payment is the National Dividend.

Allow me to stress that unlike many, if not most, basic income proposals, the dividend is not funded via redistributive taxation or by an increase in public debts, but rather by the creation of new money entriely free of debt - or of any other costs. From a Social Credit point of view, if the main defect with the economy is that there is a chronic lack of liquidity in the form of consumer incomes, redistribution is not going to solve the problem. You do not make an insufficient flow of income larger by redistributing it. What is needed is an increase in the flow of consumer incomes.

As a matter of fact, the dividend allows us to kill two birds with one stone. The particular phenomenon, which, on a physical plane, is responsible for technological unemployment, i.e., the displacement of labour by machines, is the same phenomenon which, on a financial plane, generates an ever-increasing gap between the rate of flow of consumer prices and the rate of flow of incomes that are distributed in the course of their production. The dividend solves both problems. On the one hand, it allows us to fill the price-income gap in a way that restores a real or self-liquidating equilibrium to the circular flow. On the other hand, the dividend also ensures that all of those individuals whose labour is no longer required in the formal economy will nevertheless receive an income enabling them to have access to goods and services.

Thus, unlike the Basic Income Guarantee or the vast majority of basic income proposals, the dividend is not tied to ‘full employment’ as a fixed policy. If an economy is physically capable of providing everyone with all of the goods and services that they need to survive and flourish without calling on the full capacity of the available labour force, then the amount of the dividend need not be artificially restricted so as to maintain the positive incentive to work. The fewer the labour hours that are physically necessary to provide for our genuine needs, the better off we will all be because we could then enjoy the decrease in the need to work in the form of increased leisure.

But why isn’t the National Dividend a guaranteed income?

In a very primitive industrial economy, the dividend that would be necessary to help bridge the gap would be correspondingly small in terms of its buying power and would not be sufficient to meet the basic needs of citizens.

In an economy that was experiencing rapid industrialization, it is even possible that the dividend could be non-existent. If the additional incomes that were being distributed on account of ever-increasing capital production temporarily filled or even exceeded the underlying gap between consumer prices and consumer incomes, there would be no gap to bridge until the feverish level of capital production had been cut back and hence no need for the creation and issuance of ‘debt-free’, compensatory credit.

Now, all of that being said, it is nevertheless anticipated that, in the case of a mature, highly industrialized economy, the dividend would be sufficient on an on-going basis to meet the basic needs of every citizen. Despite being 'cabined, cribbed, and confined' by current financial policy, our true or physical productive capacity is enormous. Indeed, the purchasing power of the dividend should be continually increasing as more efficient methods of production involving the progressive replacement of labour by machines are introduced. Even in this scenario, however, the amount of the dividend could not be guaranteed in any absolute sense.

If, God forbid, a highly industrialized economy were to suffer from some kind of natural or man-made catastrophe, and much production were destroyed, the gap between total consumer prices and distributed incomes could be reduced or even eliminated. If such an unlikely event were to occur, the dividend would have to be correspondingly decreased or suspended in order to maintain a balance between the rate of flow of consumer prices and the rate of flow of consumer incomes.

It is my conviction and the conviction of Social Crediters that the National Dividend would provide basic income supporters with the result that they most desire, i.e., the abolition of poverty for all practical intents and purposes, and would achieve this without penalising anyone or increasing public indebtedness. At one and the same time, the dividend would contribute to a number of knock-on benefits that are associated more generally with the Social Credit monetary reform. Such benefits would include the elimination of the following phenomena: the recurring cycle of boom and bust, inflation, the build-up of unrepayable debts, forced economic growth, economic inefficiency, waste, and sabotage, the centralization of wealth and power in fewer and fewer hands, social conflict, environmental degradation, aggressive trade policies leading to military war between nations, and oppressive levels of taxation alongside increasing government interference in the economy.

[2] The macro-economic profit is the surplus of ultimate or consumer goods produced over the consumer goods that can be bought with the incomes that were distributed over the same period of time by all productive activities.

Last modified on Saturday, 10 February 2018 17:59
Tweet
Published in Social Credit vs. a Basic Income
More in this category: « The (Big!) Difference Between a 'Basic Income' and the National Dividend