What is Social Credit All About? 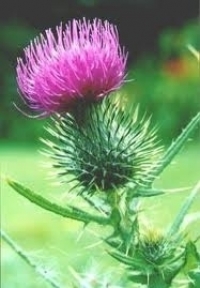 Social Credit refers both to a logically consistent, coherent, and cogent body of thought (that was first articulated by the British engineer, Major C.H. Douglas), and to a phenomenon, a reality in the world, which incorporates an incredible number of different aspects. That reality is most concisely defined as: "the power of human beings working in association to achieve intended results." In order to initiate the reader as effectively and as efficiently as possible into the Social Credit  Weltanschauung, it will be helpful to isolate just one of these aspects and to present it as a kind of heuristic device, as the one unifying thread within the Social Credit perspective that is best adapted to serve as an entry point for the contemporary neophyte.

It is increasingly being recognized, from the most diverse quarters, that we are headed towards an unprecedented economic, social, and political crisis. Technological progress not only reduces the scope of meaningful employment (i.e., employment that must be engaged in if the independently desired range of goods and services is to be produced), it is also ultimately incompatible with a policy of full-employment, i.e., the idea that every able-bodied adult must or should work in the formal economy in order to participate in it as a consumer, or else be supported by those who do work should insufficient work be available. In our modern, industrialized world, power-driven tools, automated processes, and thinking machines (computers, robots, etc.) allow societies to produce more and/or better goods and services with fewer and fewer people actually working. That is, in fact, the very reason why they were invented in the first place: to save time and effort. During the earlier phases of industrialization, individuals thrown out of work by the machine were often capable of being re-absorbed as labourers in new industries which technological development had likewise rendered possible. The problem is that we are very quickly reaching the stage, in large measure thanks to computers and robotization, at which it will become pointless and indeed impossible (by means of the various forms of economic sabotage that are currently being employed) to try to hide the fact that the capacity of industry to take on displaced labour had reached its realistic saturation point many decades ago. It is becoming more and more difficult to provide everyone with a job ... any job ... and it is certainly already impossible to provide everyone with meaningful work in the formal economy. But, if an income can only be obtained from work, how are those individuals who cannot find work going to feed, clothe, and house themselves? Shall the ever-decreasing numbers of the employed be heavily taxed to support the jobless? Shall the latter be left to starve or turn to a life of crime? (Cf. artificial intelligence - job automation, Robotic Nation, The Golden Age)

Indeed, how is this challenge of the 21st century to be met? Instead of blindly and foolishly insisting on a policy of full-employment, together with the tremendous waste and social and environmental destruction which this implies, Social Credit proposes that the policy of full-employment should be jettisoned. In its place a financial mechanism must be introduced so that everyone whose labour is not required by society’s independently determined production programme can nevertheless have access to goods and services. This mechanism, termed ‘the National Dividend’ by Social Crediters, would, in conjunction with another remedial proposal called 'the compensated price', provide every individual with a basic degree of economic security, independence, and freedom so that fundamental requirements could be adequately met. The resultant state would be one of increasing leisure: the liberty (both negative and positive) to choose for one’s self which meaningful and especially which creative activities one will engage in outside of the hours of formal employment. Since leisure is the basis of culture (Cf. Josef Pieper), we may expect cultural activities to flourish like never before as the inevitable consequence.

On this particular question of full-employment vs. increasing leisure, Social Credit therefore distinguishes itself by standing firmly on the side of increasing leisure, in direct opposition to the present financial and economic order which, whether we talk about it in its capitalist, socialist, or mixed economy guises, is committed to a policy of full-employment – regardless of how impossible to apply or how inappropriate such a policy might be.

Social Credit also maintains that both the National Dividend and the compensated price, and hence the policy of increasing leisure, can be easily implemented via some relatively simple adjustments to the existing financial system which would simultaneously yield a number of knock-on benefits (e.g., the elimination of: a) both demand-pull and cost-push inflation, of b) alternating cycles of boom and bust, of c) economic sabotage in both its general and more specific forms, of d) inhuman financial pressures, of e) increasing and unpayable debts, including chronic public debts, and of f) oppressive levels of taxation, as well as a number of extra-economic benefits in the form of social, cultural, political, international, and environmental improvements). That reality which, on a physical level, allows enormous increases in productivity while decreasing the input of human labour in the productive process, i.e., the replacement of human labour by machine labour, is the same reality which, on a financial level, is chiefly responsible for an increasing gap between the rate at which the prices of consumer goods and services are built up and the rate at which consumer incomes are distributed in their manufacture. Because of the conventions that currently govern the way in which real capital is financed and the way in which industrial costs are accounted, final prices exceed incomes with which they can be liquidated. Unlike the conventional methods of macroeconomic management which principally rely on the injection of additional debt-money to bridge this gap (such money does not finally cancel costs but merely shifts the obligation to pay them to a future time), Social Credit proposes to ‘kill two birds with one stone’ by filling the gap with debt-free credit instead and by using a certain proportion of it (which will be carefully calculated) to fund the compensated price and the remaining portion to fund the National Dividend. This will restore a real equilibrium to the circular flow by making the price system self-liquidating while simultaneously granting access to goods and services to those individuals whose labour is not required by society’s independently determined production programme. Since it does not involve redistributive taxation or an increase in public indebtedness, the practical and financial superiority of a National Dividend over and above any ‘Basic Income’ or ‘Citizens’ Income’ proposal should be apparent.

At this juncture the reader may well ask: Why weren’t such Social Credit adjustments implemented decades ago? There are a number of reasons, but the most important could be summarized under the heading of ‘vested interests’. The foremost of these vested interests is the monopoly, which, for all intents and purposes, private banks exercise over the money supply. Generally speaking, private banks create and issue bank credit (which typically constitutes 95% or more of a nation’s money) in the form of debt (as the counter to a loan) or a debt equivalent (e.g., money issued in exchange for securities is destroyed when the securities are sold by a bank). Breaking this monopoly by having an organ of the state issue sufficient debt-free credit to help offset unbalanced prices would destroy the leverage which private banks currently rely on in order to illegitimately transfer purchasing power, property, and, control over economic and social policy from the common consumer to themselves. The situation is complicated by the fact that the centres of information-dissemination, including educational institutions and the established media, are dependent on finance directly and indirectly and are therefore inclined to serve the financial system by only transmitting technical and orientational information which buttress the existing order. By influencing and controlling the flow of and access to the relevant information, public opinion can be effectively moulded in the desired direction. In addition to the barrier of vested interests, however, there are also those false social philosophies (with their correspondingly disastrous policies) that have captured the minds of many individuals. Chief amongst these is that corruption of authentic Christianity otherwise known as Puritanism. Many people suffer from a series of puritanical psychological hang-ups which prevent them from freely, humbly, and gratefully embracing the reduction in the need to work in the formal economy which has been made possible by industrial developments. They blasphemously proclaim that “no one should get something for nothing”, or that it is indeed impossible to get something for nothing. Never mind that life itself, as well as the most basic of our requirements such as the oxygen in the air we breathe, are free gifts.

To gain a better understanding of these matters, please take 45 minutes of your time to listen carefully to the following presentation that was given by my friend, Mr. Wallace Klinck, on March 8th, 1971, in Edmonton, Alberta. One of the most succinct talks on Social Credit which has probably ever been delivered, “Social Credit, Unemployment and Leisure” provides a tidy introduction to Social Credit in all of its salient aspects while driving home the core issues of “Full-Employment vs. Increasing Leisure”, of “Centralized vs. Decentralized Power”, and of “Dysfunctional vs. Functional Financial and Social Systems”. It may very well succeed in effecting a benevolent revolution in the reader’s conception of the social world in its economic, political, and cultural dimensions.