A Brief Response to Dick Eastman 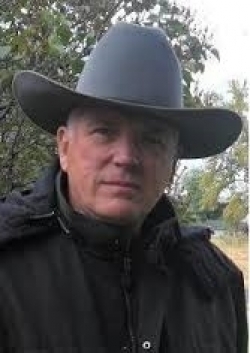 After reading Dick Eastman's recent post on Abeldanger: http://www.abeldanger.net/2015/03/populist-social-credit-or-north.html, I am left asking myself: where does one begin?

For the sake of the record, let me make it clear that:

1. I do not support a 'basic income' if such a proposal involves redistributive taxation, an increase in public debts, or any other method of conventional financing. What is needed is the creation of 'debt-free' money to help bridge the gap between consumer incomes and consumer prices and its direct distribution to consumers to spend as they see fit. This is the National Dividend proposal that was originally introduced by C.H. Douglas and has been supported by Social Crediters for the last 80 + years.

2. I did indeed attend the latest conference of the USBIG this past February in New York and while I was there I presented a paper explaining why Social Credit's National Dividend does NOT qualify as a basic income guarantee. The whole purpose of my presence was to introduce USBIG supporters to the Social Credit perspective. The paper can be read in full here:A National Dividend vs. a Basic Income - Similarities and Differences.

Academics with different perspectives go to conferences all the time where they can freely exchange diverging points view and critique each other's positions ... that's what academics do.

Eastman's sensationalistic accusations that Douglas Social Crediters may be fooled and that the "Anglo-Canadians" have now joined forces with those who are supporting a conventional North American Basic Income Guarantee in order to 'rob American economic sovereignty' are unfounded (he obviously had not read my paper), and more importantly, completely false. Quite frankly, I find the innuendo offensive. I fully support economic sovereignty for each nation and I am opposed in principle to the hegemony of international finance. I am, for example, firmly opposed to the Amero, the Euro, or any other type of international currency.

I was not specially invited to present a paper at the USBIG conference. I submitted an abstract and it was accepted. If Mr. Eastman would like to present his ideas at the next conference he is free to submit an abstract as well.

3. It is instructive that even though he admits to knowing very little about me and my views, Mr. Eastman proceeds to categorically affirm that I am looking for a "North American Basic Income Guarantee" and that I want to do away with American national monetary sovereignty and other such rubbish.  If I were Eastman, I would be most embarrassed to freely admit my ignorance regarding someone else's views and then to immediately follow that admission up with unfounded and completely false claims. It does not cast Mr. Eastman's intellectual capacity, his intellectual integrity, or his general motivations in a positive light.

4. I would be happy to discuss in fuller detail the more technical issues that Mr. Eastman raises in his post, but until he shows some evidence of acting in good will and with a reverence for objective truth, it would seem to be a pointless exercise.

Tweet
Published in Social Credit Views
More in this category: « Politics as Sales The Knowableness of Finance »