Rocco Galati and the Lawsuit 'against' the Bank of Canada 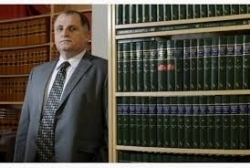 Finally, the mainstream media is covering constitutional lawyer Rocco Galati's case against the Bank of Canada. In essence, the Bank of Canada, which, unlike many other central banks, is a public institution, has a mandate to provide the federal, provincial, and municipal governments with interest-free loans for various capital projects. Since 1974, the Bank, at the behest of the Bank of International Settlements (which is widely considered as the central bank of central banks and is privately owned by international financiers), has failed to fulfill this particular function. As a result, governments in Canada have had to borrow money at interest from private banks. Such money is, of course, created in the form of bank credit and out of nothing. Returning to the previous practice of relying on the Bank of Canada to finance government projects would save taxpayers enormous sums of money in interest payments. At present, a certain percentage of the money we pay in taxes is simply redistribution from the poor and the middle class in favour of the proprietors of the financial system.

While this particular alteration in our money system is not yet Social Credit, it would be one step in the direction of a financial system which is actually designed to serve the common good instead of serving private interests at public expense.

The interview is well worth listening to in its entirety.

See also: "The Case to Reinstate the Bank of Canada":

Tweet
More in this category: « The Case to "Reinstate" the Bank of Canada An Introduction to Social Credit - animated video »