Re: "The Costliest Money Mistakes" 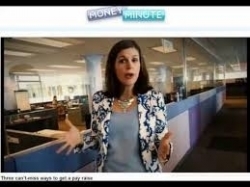 According to the latest edition of the “Money Minute”, the Royal Bank of Canada has discovered that 75% of Canadians struggle with consumer debt and that, on average, they owe 16,000 dollars per head (not including mortgage debt): https://ca.finance.yahoo.com/video/playlist/money-minute/costliest-money-mistakes-172856785.html

The solution according to Ashleigh Patterson? Canadians must get their financial houses in order: they must start saving and stop using credit cards! Don't live beyond your means! Saving will help to prepare them for unexpected costs or unexpected losses/reductions in income, while not borrowing on credit cards will preserve them from having to pay interest charges that will erode their incomes in the future, thus intensifying the struggle with debt at a later stage (10,000 dollars borrowed at the standard 18% and compounded monthly yields 49,693 dollars in interest over a ten year period).

What Patterson does not seem to realize or want to admit is that if Canadians were to put their financial houses in order along the lines which she suggests, the economy would be even more anemic than it already is at the present time. More and more people saving greater sums of income and fewer and fewer people borrowing-to-to buy would reduce the amount of consumer purchasing power available to meet the prices of goods and services in the marketplace. If some other entity such as the government did not intervene by injecting more purchasing power into the economy (by increasing its mortgage, i.e., the public debt), a recession, increased unemployment, and an increase in bankruptcies would be the inevitable result of a lack of ‘consumer confidence’. Under the present economic system with its structural gap between prices and incomes, you cannot demand that certain economic actors must or should balance their budgets without causing other economic actors to unbalance theirs if any semblance of financial equilibrium is to be maintained.

The real solution is to recognize that there is a lack of consumer purchasing power derived from consumer incomes. A financial system which automatically reflected the physical economic facts would provide a sufficiency of supplementary consumer purchasing power (debt-free, as it were) in the form of a compensated price and a National Dividend. Consumers could then consume without falling into debt by relying on credit cards, lines of credit, or standard bank loans, while businesses would never have to deal with an artificially induced lack of consumer demand.