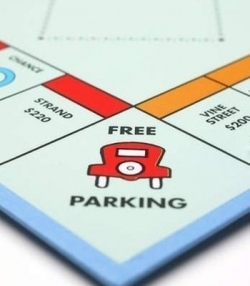 Georgiana (Gigi) Pinwill from Australia has just initiated a very exciting and promising project. She has prepared a script entitled "Monopoly" for a short film, which will hopefully serve as the starting point for a longer, feature-length production. The purpose of the film is to attempt something that, to my knowledge, has never been done before: an exploration of Social Credit themes through the medium of the dramatic arts. I have read the script and have been quite favourably impressed with its content. The film will be effective in communicating the essence of the Social Credit message to new audiences.

Georgiana has descibed the project as follows:

This short film is designed to challenge preconceived ideas about the economy and the way things 'should' be. After the main character is transported into a future time zone, he encounters new ways of organising society. Humour ensues with the culture clash, or 'time-clash.' This new society has based itself on the current day board game of Monopoly. This script is about imagination, a better world, and the realm of possibilities. Art rarely addresses economic issues in an informed manner, and this is a chance to change that. When the worlds of art and economics come together, change can happen by engaging emotionally and mentally with global issues.

This film was inspired by Social Credit values and ideas, and such films/series as "Doctor Who," "What Women Want" with Mel Gibson, "Thirteen going Thirty," "Narnia," "Kate and Leopold" with Hugh Jackman, and others.

The cost of production is consumption and, under the existing economic regime, it is necessary to have access to financial credit in order to consume. Hence, in order to produce, one must have a revenue stream. If you would like to donate to this project, you can do so via Indiegogo: https://www.indiegogo.com/projects/monopoly-short-film.