The Role of Social Credit in Restoring Classical Conservatism 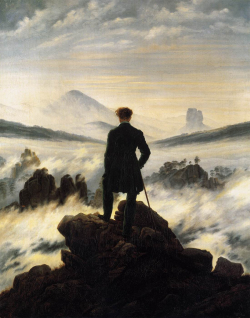 In a brilliant and insightful article entitled “The Tory Tradition” that was recently published in The Imaginative Conservative, Michael J. Connolly outlines the salient features of Toryism, or what might be termed ‘Classical Conservatism’, in a cohesive, clear, and more or less complete manner: https://theimaginativeconservative.org/2020/07/tory-tradition-michael-connolly.html.

Before we go any further, it is necessary to emphasize that the Toryism that is being described in Connolly’s article is not to be confused nowadays with the views of this or that ‘Conservative’ political party. These parties have often hijacked the term ‘Tory’, just as the Chinese Communist Party has, in more recent times, hijacked the word ‘Social Credit’.

The true nature of Toryism is a vitally important thing for Social Crediters, in particular, to carefully consider and to properly grasp because, on more than one occasion, Douglas identified himself as a Tory, in both temperament and mentality:

“Temperamentally, I am a non-party Tory, not a Liberal, but my chief objection to Liberalism with a capital letter is that while many of its expressed sentiments were admirable, most of its major policies were abominable. Quite in the modern technique, in fact.”[2]

“To the extremely small extent that I can be said to have any party politics, I am a Conservative. In my opinion this is a conservative country, although it has been for many years, and is, governed by Whig policies. If I can do even a little to awaken you to a consciousness of what I mean by that, I shall be especially gratified.”[3]

Indeed, Social Credit itself, as a social vision involving monetary, economic, and political reform, is firmly ensconced in a broader Tory framework.[4] That is to say, Social Credit is the fruit of authentic Tory thinking and it is also the necessary means, as I hope to soon illustrate, for the restoration of an authentically Tory political regime. In the words of the Canadian Social Credit Secretariat that were published immediately after the election of 30-odd Social Credit MP’s to the Canadian Parliament in 1962:

“… Social Credit policy is traditional Tory-ism or genuine conservatism expressed in terms applying to industrial capitalism. In a world in which liberal, socialist, and other ‘left-ist’ policies are dominant, Social Credit, as an expression of genuine conservatism appears revolutionary in nature – as indeed it is. A free society rooted in the Christian ethic, which is the goal of traditional conservatism, can be achieved only by bringing to birth a new civilization involving a fundamentally changed viewpoint of human relationships with the nation.”[5]

Unfortunately, but not surprisingly, in his article on the Tory tradition Dr. Connolly does not address the key issue of the financial system. As Eric Butler once wrote in his masterful “Financial Ignorance: the Achilles’ Heel of the Conservative Movement”: “The Achilles heel of the conservative movement everywhere is its failure to grasp the financial and economic realities of the modern industrial age.”[6] The situation has not fundamentally changed since Butler published that article decades ago.

From an authentically Tory standpoint, the existing financial system presents two major problems and these problems, though seemingly opposed in character, are nevertheless intimately connected. The second problem, which is the more menacing threat in the final analysis, grows adventitiously in response to the first.

To begin with, the financial system that we have in place in most of the world is essentially a Liberal system through and through. It is a system designed by Whigs for Whigs. That is, in keeping with the briefest description of Liberalism once provided by Thomas Jefferson: “That government is best which governs least”, the existing financial system is built on the idea that banks should have the right, within the broadest of limits, to pursue their own policies, their own objectives, at the expense of the common good and the public interest.[7] Far from ensuring that banking operations should serve efficiently and effectively the public interest, the government is to have no right, beyond the basic functional necessities implied in maintaining some minimum level of economic stability, to interfere with private banking policy and hence with the operations private banking. “Hands off of banking” is the Liberal cry. While it may be couched in terms of individual freedom (so-called) or anti-socialism, etc., what is really desired is: a) the freedom for a few to operate a monopoly, the monopoly of credit, for maximum private benefit in the form of centralized financial rewards, power, and privilege, and therefore b) the freedom to exploit and burden others as the necessary means to that objective.

As has been explained repeatedly in Social Credit literature, the consequences of tolerating a systemically or structurally dishonest financial system are legion. Failing to fill the recurring price-income gap with a sufficient flow of ‘debt-free’ credit allows the private banking system the opportunity to fill it via the creation of additional debt-money, as, when, and where it most suits their vested interests. This makes governments, businesses, and consumers ever-more indebted with long-term debt obligations as they borrow and borrow again to meet the demands that the price system makes on the whole economy. Beyond the ever-increasing indebtedness and the usurious interest that is often charged on these debts, phenomena as varied as: poverty in the midst of plenty, servility in place of freedom, economic instability and recurrent economic crises, steady inflation, economic conflict, forced economic growth and inefficiency, social problems, mass migration, war, and environmental degradation are intimately linked to the existing debt-money system and to its constitutional inability to provide us with an accurate picture of the real economy.

Indeed, ironically or not, as increased government spending using borrowed money that is newly created for that purpose is one of the main and most advantageous ways of filling the price-income gap (debt-money spent on government production adds to the flow of incomes in the here and now, but doesn’t have to be paid back in taxes for some years or even decades to come), the Liberal financial system actually occasions the rise of socialism. As governments at all levels are faced with a myriad of economic, social, cultural, political, and environmental problems that are caused by the gap and by the conventional methods the current financial system employs in attempting to compensate for it, they necessarily become bigger and more powerful. They interfere more and more in economic and social life via increased regulation and increased spending on government works and production. They tax more heavily and so forth. A good portion of that regulatory intrusion and spending is to create pointless “make-work” in order to buttress the general level of employment. The other portion of it is to help mop up, or at least to appear to be mopping up, the economic and social fallout of a dishonest and dysfunctional financial system. On this analysis, the collectivist side of politics is simply “the other side” of the liberal dialectic coin; the latter creates the opportunity, indeed the need, for the cancers of socialism and cultural Marxism to grow.

It will prove difficult if not impossible to try to establish or re-establish a society that is politically and culturally Tory on the basis of a financial foundation that is Liberal in orientation. If one wishes to erect a new Tory building in place of the crumbling edifice of a Liberal individualism rotting away with Marxist termites, the present financial foundation must be dug out and replaced with a new financial system which will protect, foster, and facilitate Tory aspirations. It is my conviction that Social Credit constitutes the needed system. In lieu of a Social Credit monetary reform there is no realistic hope of rehabilitating the social order along saner lines. Furthermore, even the little that still remains of a Tory regime must eventually dissipate and fade away under the influence of artificial financial pressures and imperatives.

As Douglas once put in his 1924 book entitled Social Credit, unless and until Finance, the elephant in the room, is properly dealt with from a truly ‘Conservative’ perspective, it threatens to bring down the whole of society and to put an end to the experiment of Western Civilization:

“There will probably come well within the lives of the present generation, a period at which the blind forces of destruction will appear to be in the ascendant. It does not seem to me to be necessary that this should be so, but it does seem to be probable.

“There is, at the moment, no party, group, or individual possessing at once the power, the knowledge, and the will, which would transmute the growing social unrest and resentment (now chiefly marshalled under the crudities of Socialism and Communism) into a constructive effort for the regeneration of Society. This being the case, we are merely witnesses to a succession of rear-guard actions on the part of the so-called Conservative elements in Society, elements which themselves seem incapable, or undesirous of genuine initiative; a process which can only result, like all rearguard actions, in a successive, if not successful, retreat on the part of the forces attacked. While this process is alone active, there seems to be no sound justification for optimism; but it is difficult to believe that the whole world is so bereft of sanity that a pause for reflection is too much to hope for, pending a final resignation to utter catastrophe.”[9]

[6] https://alor.org/Storage/Library/PDF/Butler_ED-Achilles_Heel.pdf, 3. Ibid., 3-4: “l have read extensively, and with much benefit, from American conservative journals, including those dealing with ‘Christian economics,’ but l have yet to read one article indicating a clear grasp of how the finance-economic system actually works. I have read many excellent articles on the importance of the consumer control of production through the ‘money vote,’ but no examination of where or how these ‘money votes’ originate, and whether modern industry automatically distributes sufficient to meet the total prices of the goods produced by industry. l have studied articles on the astronomical private and public debt structure, but those conservatives deploring this, and rightly so, appear to be ignorant of the fact that without an alternative to a progressive expansion of the community's money supply through progressive debt, the American economy, like every other modern economy, would collapse in complete chaos. No alternatives for expanding purchasing power without debt are offered.”

[7] In contradistinction to the Jefferson’s aphorism, I think a Tory Social Crediter might say something like: “That Government is best which governs rightly, i.e., in line with the Canon.” “Governing to the least degree” as Liberal ideologues prescribe only means that the most powerful private individuals and organizations will be in a position to impose their own self-serving rules on everyone else, since nature abhors a vacuum. ‘Freedom’ then becomes privatized as the real possession of the few, whatever the Liberal might proclaim to the contrary in theory.

[8] Unlike Liberalism which tends to worship abstract ‘freedom’, Toryism recognizes that the due scope of individual freedom lies within a broader context of functionality. That is, the individual should have as much freedom as is compatible with a functional social order and not be granted, therefore, ‘freedoms’ that are incompatible with functional necessities. For, when things, like the economy, don’t work properly, almost everyone suffers a concomitant loss of real or concrete freedom.

More in this category: « Employment-Induced Pollution