The Economy of the Gift 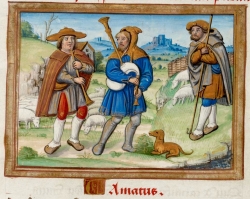 The implications of a debt-free universal dividend via C.H. Douglas’s Social Credit monetary and economic reform, a dividend that would be distributed equally to everyone, will be far more than just extra cash in one’s wallet. There would be deep and far reaching impacts in the areas of society and culture where changes would occur that would most definitely be for the betterment of mankind.

The conventional financial system and economy which we currently labour under has placed humanity in a state of worker servitude by the continuingly entrenched policy of full employment. And this, in a time when human labour is becoming less and less required in order to supply all the necessary goods and services that human societies need to survive and flourish. German philosopher Joseph Pieper in his book Leisure: The Basis of Culture, stated: “Of course the world of work begins to become - threatens to become - our only world, to the exclusion of all else. The demands of the working world grow ever more total, grasping ever more completely the whole of human existence.”[1] Everything else apart from “work” is an irrelevance. Leisure, that is free time dedicated to activities not induced by some sort of servile occupation that serves some mere financial or materialistic end, is deemed ‘useless’, a sign of childishness, unimportant and is even outrightly scorned by accomplished working people as well as those in charge of politics and high finance. Pieper firmly rejects this de-humanising social attitude, stating: “The inmost significance of the exaggerated value which is set upon hard work appears to be this: man seems to mistrust everything that is effortless; he can only enjoy, with a good conscience, what he has acquired with toil and trouble; he refuses to have anything as a gift.”[2]. So far reaching is this attitude that many today even over-work themselves out of fear of feeling unfulfilled or lacking in productivity. As Pieper again puts it: “Leisure is only possible when we are at one with ourselves. We tend to overwork as a means of self-escape, as a way of trying to justify our existence.”[3]

Even in an age of plenty where there are sufficient goods for everyone thanks to industrial automation and mechanized production (which requires less and less human labour in production), we are still expected by our politicians and business leaders to work longer and longer hours. As Douglas explained in his publication Programme for the Third World War: “... if you can control economics, you can keep the business of getting a living the dominant factor of life, and so keep your control of politics – just that long, and no longer.”[4]

This reigning economic model hollows out culture, blockades and shatters family life and suppresses the creative impulse which is vital for the cultivation of the arts and philosophy. When people are threatened with the possibility or reality of economic insecurity and poverty, they are placed under tremendous physical and mental stress that can result in health problems, criminal behaviour, greed and unscrupulous competition. Since leisure forms the basis of culture, which is essentially the spiritual expression of the soul of a people, the resulting suppression of leisure by the dysfunctional servile worker economy results in the degeneration and stifling of true art and culture in favour of lesser, more base forms. Such a system is profoundly inimical towards the kinds of people who possess great talents, skills, and temperaments for the arts, innovation, philosophy and the intellectual spheres due to their being economically and socially disenfranchised. They are either forced to take up servile employment instead or face destitution. In opposition to this, Douglas enunciates the true value of work in his article Security: Institutional and Personal: “The healthy human individual requires work of some kind, just as he requires food; but he is not a healthy individual, mentally at any rate, if he cannot find work for himself, and probably find work which he can do far better than that which is arranged for him by somebody else.”[5] The Chinese philosopher Confucius also wisely stated regarding this matter: “The man who loves his job never works a day in his life.” Families also require leisure to form and develop but the servile worker state undermines them such as by forcing both parents to work and thus forcing children into the care of third party care providers. The fear and stress imposed by financial insecurity often results in break ups in families and the social and material destitution of their members.

An introduction of the universal citizen’s dividend would result in a reduction of poverty, family breakdown and dysfunction, thus leading to significant reductions in crime, substance abuse, and juvenile delinquency. The Biblical verse from the book of Micah 4:4 clearly encapsulates the philosophical vision of the Social Credit society: "they shall sit every man under his vine and under his fig tree; and none shall make them afraid."[6] The dividend, by releasing much of the negative emotions caused by the pressures of the current financial system, will, alongside a greater abundance of leisure, allow for a truly natural and organic development of richer and more noble cultural forms to arise over time. Currently, these are being stifled by the banal and mediocre cosmopolitan culture of the current world financial system. The abundant leisure time will provide everyone with the opportunity to develop and cultivate their own physical, moral, intellectual, and spiritual lives according to each one’s own talents, dispositions or desires. The liberation of the creative impulse will allow those with gifted artistic abilities to hone their skills and to achieve excellence in their respective fields.

Since the dividend by nature is universal, it is distributed equally to every citizen regardless of whether he is employed or unemployed or rich or poor. The dividend would substitute and replace the financially cumbersome, heavily bureaucratic and dysfunctional tax funded welfare state which has been the source of all manner of social, financial, political and moral problems in modern Western societies. A created and distributed dividend, unlike tax funded social security, would be free of any negative, patronizing and condescending psychological effects associated with receiving welfare or dole payments, since everybody is entitled to it as public shareholders in the nation’s total production and there is no required prerequisites or means testing in order to receive it. Bureaucracy and administration would also be eliminated thus greatly reducing government spending of public money. Tax funded welfare systems have caused great tension between those who are employed and paying income and other taxes to support it and those who are unemployed and receiving welfare payments and these conditions have socially and politically divided and locked societies into a dialectical class conflict. Thus you hear from those who are employed protests about how they work hard and earn money independently whilst paying taxes to support “layabouts” and “dole bludgers” on welfare. All the while those living on welfare, wallow in despair and despondency over not being able to work and pay their own way in a servile worker society. A universal dividend, on the other hand, will largely eliminate these bitter and degrading superior/inferiority complexes caused by the welfare state and re-establish harmony and solidarity between the differing socio-economic classes of society.

Social Credit does not claim to create a utopian society but it does seek to provide the opportunity to individuals to forge their own utopias. As Douglas says in his address International Finance: "what we really demand of existence is not that we shall be put into somebody else's Utopia, but we shall be put in a position to construct a Utopia of our own."[7]

The establishment of a society of leisure by the dividend will, with time, profoundly change the cultural, social, and political make-up of our civilization by shifting the focus of society from a bourgeois society of money and materialism to a society of leisure and culture. No more would the artist, the philosopher, the inventor, the intellectual or the family unit be marginalized, scorned, and suppressed by the servile worker state, as they will effectively be economically re-enfranchised by the reception of the citizen’s dividend. Such gifted individuals will once again be free, respected, and encouraged to exercise their positive influences, to leave their personal mark on future generations via reproduction, and perhaps even to re-take their rightful place at the socio-political apex of societies as the “philosopher-kings”, which the Greek philosopher Plato conceived as those who were the most ideal and fit rulers of the nations. The ability of humans to undertake contemplative and creative leisure is one of the many aspects that pre-eminently separates them from animals. Thus, with this socio-economic paradigm shift, civilization shall flourish, develop and soar to new heights, perhaps ascending to the artistic and cultural heights of ancient Greece, Rome, Persia, Medieval and Renaissance Europe, or Middle Kingdom era China. And whilst the leisure societies of those aforementioned civilizations were maintained by the servile work of human slaves or peasants, the labour foundations for potential future leisure societies today can be provided by the work of the machine and the computer instead. Thus, it is only with the implementation of Social Credit within the economic system that we may be able to bring about financial security for all, the liberation of leisure, art and culture and in turn, the resurrection of the leisurely man and the liberation of society’s true excellence.