A+B: A Mathematical Reply to an Objection 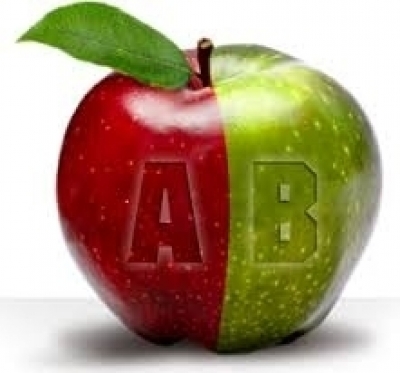 In his book Credit-Power and Democracy, C.H. Douglas introduced the A+B theorem as follows:

"A factory or other productive organization has, besides its economic function as a producer of goods, a financial aspect – it may be regarded on the one hand as a device for the distribution of purchasing-power to individuals through the media of wages, salaries, and dividends; and on the other hand as a manufactory of prices – financial values. From this standpoint, its payments may be divided into two groups:

Now the rate of flow of purchasing-power to individuals is represented by A, but since all payments go into prices, the rate of flow of prices cannot be less than A+B. The product of any factory may be considered as something which the public ought to be able to buy, although in many cases it is an intermediate product of no use to individuals but only to a subsequent manufacture; but since A will not purchase A+B; a proportion of the product at least equivalent to B must be distributed by a form of purchasing-power which is not comprised in the description grouped under A. It will be necessary at a later stage to show that this additional purchasing power is provided by loan credit (bank overdrafts) or export credit." [1]

1. Sum (∑) of total incomes < sum of total prices (for all time t>0 – or at least since the industrial revolution)

2. There are two types of goods, capital goods and consumer goods,

3. Therefore, A+B theorem can be restated:

5. Therefore, Consumer income can only be ≥ consumer prices

6. Since capital prices in time t, always show up in consumer prices in t+x:

What the theorem demonstrates is that if attempts are made to equate aggregate income with the prices of consumer goods through the production of additional capital goods or services, such attempts will necessarily lead to a point where aggregate income is less than the price of consumer goods at a future point in time. In other words, the gap between income and prices never disappears, but is only masked by the production of additional capital goods and will show up later in an aggrevated form.

Keynes recognized the problem with regard to this method of bridging the gap when he wrote:

"Thus the problem of providing that new capital-investment shall always outrun capital-disinvestment sufficiently to fill the gap between net income and consumption, presents a problem which is increasingly difficult as capital increases. New capital-investment can only take place in excess of current capital-disinvestment if future expenditure on consumption is expected to increase. Each time we secure to-day’s equilibrium by increased investment we are aggravating the difficulty of securing equilibrium to-morrow." [2]

Last modified on Saturday, 10 February 2018 17:36
Tweet
Published in The A+B Theorem
More in this category: « The Core of the Core of Douglas’ A+B Theorem (and hence of Social Credit’s Economic Diagnosis)