Why Social Credit is not Socialism 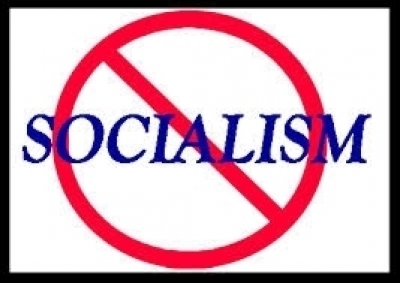 One of the chief misapprehensions under which newcomers to the subject often labour is that 'Social Credit' must be some form of socialism because, after all, the phrase encompasses the word ‘social’. So that there may be no confusion, let it be made clear that in spite of the appearance of the word ‘social’ in ‘Social Credit’, Social Credit is not only not socialistic but decidedly anti-socialist.

As I explain in my book Social Credit Economics, the economics of Social Credit rejects the doctrine of class struggle, rejects the collectivization of the means of production, rejects the centrally planned or command economy, rejects the welfare state (with its mechanism of redistributive taxation), and rejects disordered and excessive forms of economic regulation. In what way, then, can Social Credit be classified as socialistic? On the contrary, Social Credit stands for free enterprise (personal initiative, the profit-motive, private property, and free markets) provided that these individualistic elements can be properly co-ordinated so as to effectively serve the common good of all individuals in a society. What Social Credit seeks is: "a society based on the unfettered freedom of the individual to cooperate in a state of affairs in which community of interest and individual interest are merely different aspects of the same thing." [1]

While the concerns that are shared by many socialists are legitimate concerns: poverty, exploitation, gross economic inequalities, environmental degradation, etc., the methods that socialists advocate are, to a greater or lesser extent, ineffective in dealing with these problems. They also tend to engender other problems as the inevitable trade-off: the loss of individual freedom, increased servility, and the centralization of power in overweening government bureaucracies, etc. Social Credit proposes that it is possible, through the type of monetary reform that Douglas had advocated, to deal adequately with the former problems without spawning these other difficulties.