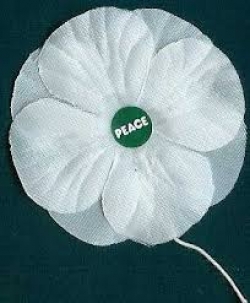 Social Crediters have repeatedly warned that there is a chronic economic cause, entirely artificial in nature and, therefore, unnecessary, which inexorably leads nations to take up arms against each other. Due to the underlying deficiency in consumer purchasing power that afflicts all industrial societies operating under standard banking and cost-accounting conventions, countries are frequently pressured to alleviate the lack of liquidity in the domestic economy by seeking to export more than they import. A so-called "favorable trade balance" (which is undoubtedly unfavorable in real terms because it implies a net loss of real wealth) helps an economy to fill the gap between the prices of consumer goods and the consumers' income by getting rid of part of its surplus production, while, at the same time, increasing the flow of purchasing power to the consumer (through the jobs that are created and the profits that are obtained by the exporting companies). The problem is that it is mathematically impossible for all of the nations in the world to export more than they import; it is a zero-sum game. For every exporting champion, there must be a loser with a trade deficit. Countries that import more than they export are faced with a problem of a gap that has become even worse as a result of their commercial activities. Since every country is operating under the same internal deficit of purchasing power, the struggle for a favorable trade balance constitutes a struggle for survival. This leads, quite naturally, to economic conflict, or rather to economic warfare, in the form of commercial wars and "free trade” alliances, and, all too often, it can force or at least induce a military conflict. A country that does not manage to compete successfully through "innovation", hard work, and the achievement of lower prices in comparison with its rivals in the global struggle for an artificially scarce flow of purchasing power can choose to ensure its victory through war, i.e., by defeating his economic opponents on the battlefield. The real reason for the war will, of course, be more or less hidden from the public and a pretext will be found, but the war may allow the aggressor to destroy part of a rival's productive capacity and/or, through the eventual signature of peace treaties, to insist on more favorable commercial conditions for itself (as part of due reparations).

The pressure placed on nations to compensate for their internal price-income gaps with favorable trade balances is intensified by the universally defended policy of full employment. If we madly insist, in direct opposition to the real physical potential of the modern industrial economy, that all (or almost all) must work in the formal economy in order to obtain purchasing power (or be supported by those who do), then we are demanding continued economic growth as an end in itself (as a means of distributing additional income as the population grows). The resulting production must find some outlet. If it can not be absorbed internally, a market must be secured for it abroad. It was for this reason that John Hargrave, leader of the Green Shirts (a paramilitary Social Credit group of the 1930s), courageously proclaimed on more than one occasion that "He who cries for full employment, cries for war".

Major Douglas explored in some detail the purely economic causes behind modern war in a BBC speech entitled "The Causes of War":