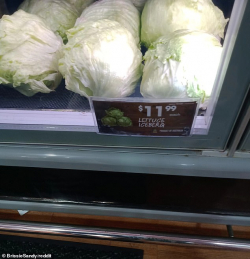 In recent times we are hearing more and more, both in Australia and overseas, that inflation is on the march. The prices of almost everything are going up and each unit of currency is therefore buying less and less as its purchasing power is diminished. We know that inflation is a negative financial phenomenon, that it erodes savings, hurts those on fixed incomes, and puts increased pressure on businesses and consumers in order to make ends meet and so forth. It also undermines confidence in the stability of the economy by reducing our capacity to plan on the basis of accurate predictions. Once inflation really takes hold we have no way of knowing what prices or wages, etc., will be next year, next month, or even next week. It is imperative that inflation be slowed, if not halted entirely.

Now, if we can agree that inflation is a bad thing and that we need to address it, i.e., to neutralise it, it is likewise crucial that we can accurately discern what it is, in fact, that is causing the inflation. For there are two basic forms that inflation may take: 1) demand-pull and 2) cost-push. Just as in medicine, successful treatment most likely presupposes a correct diagnosis.

When faced with a tsunami of increasing prices, the standard or default position of many commentators is to assume that the inflation must be caused by there being “too much money chasing too few goods”. This is the very definition of ‘demand-pull’ inflation and, for many, (far too many), it is further assumed that this is the only form of inflation possible, that demand-pull inflation IS inflation. This view is further supported by the fact that governments the world over have “printed money” (really borrowed newly created money from the central bank) in order to provide incomes and business support for people negatively affected by the last two years of coronavirus lockdowns and restrictions. The implication here is that more money has been created and spent into the economy while the supply of goods and services has remained the same or has faltered as production rates declined.

It is certainly true that this type of dynamic can cause inflation, but it is necessary to determine to what extent any of the inflation that is being observed can be traced back to excessive government borrowing and spending. For there are many indications that at least part of the inflation that we are seeing is not demand-pull in nature at all, but is rather cost-push. In the case of ‘cost-push’ inflation, prices have gone up because, for one reason or another, costs have increased. In order to recover the expenditures and (hopefully) make a profit, business must increase the prices they charge the public in order for them to maintain themselves in operation. Costs may increase because part of the supply has been destroyed, energy/transport costs have increased, debt-servicing costs have increased and so forth.

To take one concrete example of cost-push inflation, it was recently reported that shoppers at the IGA supermarket chains in Brisbane were confronted with heads of iceberg lettuce that were retailing for 11.99 AUD per head: https://www.dailymail.co.uk/news/article-10899213/Why-continue-pay-12-lettuce-Australia-fruit-vegetables.html. Is this increase in the price of lettuce to previously unheard-of levels due to the government “printing money” and “too much money chasing too few goods”? I don’t think so. It turns out that, on account of the heavy rains and extreme flooding in the Lockyer Valley (where most of Australia’s winter produce is grown) much of the lettuce crop was destroyed. The farmers are now charging more per unit of lettuce, not because they are aware that “there is – allegedly – more money about” and are attempting to profiteer, but because they still have the same fixed and/or historic costs which can no longer be spread amongst the full crop that was anticipated. They must therefore raise the unit prices of the lettuce heads that survived if they are to meet those costs. If they charged what they used to charge per head of lettuce, they would, on account of the fewer heads available to be sold, be losing money. Of course, it remains to be seen whether, at $11.99 per head, the public demand will be sustained and the costs covered in any case. But that very fact further underscores the reality of the situation: farmers are not trying to take advantage of the public by raising their prices to mop up the “more money” that is supposedly in consumers’ pockets. They are merely trying to stay in business.

The enormous increase in iceberg lettuce prices has been paralleled, actually superseded, by stupendous increases in the prices of strawberries and blueberries, which have tripled and quadrupled respectively. The causes(!) are the same. In addition to the flooding, increasing petrol and fertiliser prices have increased costs to farmers and to transporters. The Russia-Ukraine war has driven up the price of crude oil and this has naturally had an effect on countries like Australia that must import their oil. This cost-push explanation for the increases in prices of fruits and vegetables has been widely acknowledged by industry watchers:

'Consumers should be bracing for further food price rises in coming months, as the impacts of higher transport costs, supply chain disruptions and other increased input costs make their way through the system,' he said.”[1]

Now, my question is, apart from fruits and vegetables, what other goods and services that are presently increasing in price are doing so, not so much because of demand-pull, but primarily because of cost-push? The coronavirus ‘pandemic’ and its associated restrictions, the Russia-Ukraine war, extreme weather events (whether fires or floods, etc.) have all disrupted supply and/or supply chains all over the world, driving up costs – irrespective of how much money may be floating around in consumer pockets. To the extent that the inflation that we are witnessing is cost-push, it is not at all clear how conventional measures such as raising interest rates (which is a dubious instrument even for dealing with demand-pull inflation) is going to address the issue. On the contrary, as increasing interest rates will increase costs on existing loans, it is likely only to compound the problem and to drive up costs and hence prices even further.

More in this category: « To Haggle or Not to Haggle?