Health and the Canon 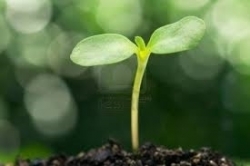 A key component of the philosophy, or the 'conception of reality', which underlies Social Credit is the idea that the universe is governed by laws that are automatic and inexorable. These laws exist independently of human cognition and human preference.[1]

In the aggregate, Douglas referred to these ruling principles as ‘the Canon’:

[T]here is running through the nature of the Universe something that we may call a “canon”. It is the thing which is referred to in the Gospel of St. John as the “Logos,” the “Word” (Logos: “The Word” or “Reason”). [St. John 1:1, “The Word (Logos) was with God, and the Word was God.” ...] It has an infinite variety of names. The engineer and the artist refer to it when they say that they have got something “right”. Other people mean the same thing when they talk about absolute truth, or reality. By whatever name you wish to refer to this idea, it does not matter very much; we all instinctively recognise its existence whether we meet it in something like architectural proportions as, say, the cenotaph, or even in the grim lines of a battleship.”[2]

Various philosophers and theologians from past ages have had the same basic datum in mind whenever they have spoken about the 'natural law’.

The Canon is of vital importance because it provides us with the correct orientational framework for all of our actions. Success in any endeavour is dependent on our accurately discerning what the specific laws governing a particular activity actually happen to be and on our respecting those laws in whatever we do. Conformity with or obedience to the laws requires, in turn, that they be effectively applied via proper methods and/or mechanisms.

“Genuine success only accompanies a consistent attempt to discover and to conform to this canon in no matter what sphere our activities may lie.”[3]

Make no mistake about it, there is a Canon which governs health, lifestyle, and diet. Clearly, not all diets are equally health-promoting, just as not all lifestyles are of equal worth where well-being is concerned. So which diet/lifestyle is the healthiest?

In what follows, I would like to draw your attention to just one set of answers to these questions. In doing so, it is not my intention to provide medical advice of any kind, nor is it my intention to draw any kind of definitive judgement as to the correctness or ‘rightness’ of those answers. As it says in the Gospels, “By their fruits you shall know them”. Every person must seek to arrive at his own conclusions in line with the available evidence and his own experience. Hopefully, those conclusions will also be correct.

The Hippocrates Institute in Florida is one of many “living-foods” alternative health centres which claim, in essence, to have discovered or uncovered the Canon with respect to these basic issues of human well-being, lifestyle, and diet.

On the basis of many years of research and clinical experience, the Institute maintains that the healthiest diet for human beings is an organic, vegan, whole-food diet that is overwhelming composed of raw and especially living foods, such as sprouts, wheatgrass, and various algae. [4]

Organically grown raw and living plant-based foods provide the basic macronutrients (carbohydrates, proteins, and fats) in a more easily digestible form, micronutrients (vitamins and minerals) in greater variety and quantities, and finally a number of other nutrients that are not found at all (or, in the case of phytonutrients, not in such high concentrations) in any other type of food: Hormones, Oxygen, Phytochemicals, Enzymes, and Electrical charge in the form of ‘bioelectricity’ (the primary manifestation of that mysterious reality that we know as ‘life-force’). Such foodstuffs are also free of a) the toxic pesticides, growth-hormones, antibiotics, and GMOs, etc., of conventional agriculture, of b) the preservatives and artificial flavours and colouring agents (including neurotoxins such as MSG, aspartame, etc.) of processed foods, as well as of c) the various denaturing and disease-causing by-products often associated with cooking one’s food.

The nutrients that are unique to raw food, i.e., the H.O.P.E. nutrients, appear to play a pivotal role in keeping biological entropy at bay, in slowing, altering, and even reversing the aging-process, as well as in maintaining proper and healthy functioning in all of the body’s systems.

Indeed, it has been claimed that adopting a Hippocrates-style diet (in combination with appropriate aerobic and anaerobic exercise, detoxification procedures, and a healthy psychological outlook) is so beneficial that it can regenerate the body’s own healing system so as to prevent, alter, and/or cure just about every known disease. It was the ancient Greek doctor Hippocrates, the founder of medicine as a rational science and in whose honour the Institute was named, who once said: ‘let food be thy medicine and medicine be thy food.’

The following talk by the co-director of the Institute, Dr. Brian Clement, explains the basic elements of the raw and living foods lifestyle:

From a Social Credit point of view, the pursuit of the Canon in the sphere of health also bears important economic and political implications. Imagine what would happen if everyone followed the proper guidelines with regard to diet and lifestyle ... there would be a health epidemic. This would interfere with the continued employment of conventional health-care practitioners and the growth of that particular industry.

The ‘chrematocentric’ or ‘money-centred’ economy under which we suffer can corrode even the noblest of professions, those whose activities are the most crucial to our survival and flourishing. Cf. It's Time for an Economic Copernican Turn. Under the current economic system, medical practitioners who routinely act to prevent or cure disease by the most effective and efficient means available risk unemployment, while those who use expensive, less effective, and toxic methods guarantee a market for themselves in perpetuity.

In other words, it must be recognized that conventional medicine, as currently operated under the existing financial regime, has a vested economic interest in the existence and proliferation of chronic illness – whether or not individual health care providers or institutions are, at any given time, consciously acting so as to protect and promote that interest.

Ironically (or not), it was also Hippocrates who laid down the first and fundamental principle of medical ethics: Primum, non nocere: ‘First, do no harm’. Unfortunately, modern medical practice violates this axiom in more ways than one can count. The Hippocratic Oath can be read here: http://classics.mit.edu/Hippocrates/hippooath.html.

Life is about making choices; it is in our best interests to ensure that all of our choices are genuinely life-affirming rather than life-destroying.

A Social Credit reform of the financial system would render it much easier for people to make the right choices in all areas of their lives by making what is physically possible and desirable economically possible, cf. Social Credit: A Simple (If Somewhat Lengthy) Explanation. Just as biological health has certain requirements that are intrinsic to its nature, a healthy social system also has its requirements. A Social Credit commonwealth is a society that has properly applied the Canon regarding social matters so as to enjoy the benefits of a well-functioning financial, economic, and political order. Indeed, a Social Credit society is simply a 'healthy society'.

Addendum: As Bob Klinck has indicated in his comment (see below), yet another aspect of the relationship between Social Credit and these matters of health, diet, and lifestyle has to do with the fact that the economy's chronic deficiency of consumer income means that consumers often opt for those goods that are the most cheaply produced, not because they prefer these goods in terms of their quality, but merely because it may be all that they can afford. Cheaper goods possess an advantage in any economy. In an economy in which consumer purchasing power is lacking, cheaper goods possess a double advantage. This second and artificial advantage which cheaper products enjoy in an economy that is structurally anemic drives companies to produce things as cheaply as possible - even to the point of severely compromising the quality of their products - in order to maintain their market share. In the case of agricultural production, conventional methods of 'big business' farming involving pesticides, antibiotics, growth hormones, GMOs, etc., are used precisely because they help to maximize output per acre and are less labour intensive than organic farming. This results in cheaper but lower quality, if not poisoned, food. Preservatives and flavouring/colouring chemicals are also used to preserve market share; the first set of chemicals extend the food's shelf-life (which lowers costs), while the second set make foods artificially attractive or addictive.

If the prices of consumer goods were kept in an automatic self-liquidating balance as Social Credit advocates, consumers would be properly financed (i.e., the chronic deficiency of consumer income would cease to exist) and they could more easily afford the sort of high-quality organic food that many farmers and a number of food companies would gladly prefer to deliver if only it were remunerative. Patterns of production and consumption would spontaneously change in a healthier direction.

Douglas addressed the corrosive effects of the existing financial system on the food supply in the following terms:

"Now, we are hypnotised by the propaganda of the international chemical combines into the belief that soil analysis, chemical fertilisers, and oil-driven farm machinery are far superior, and more 'scientific' than the intimate farming of the older order. Not only is there not a particle of genuine evidence for this, but there is overwhelming evidence to the contrary. Never has there been so much 'professorial' farming; and never have agricultural products been so unsatisfactory in quality. Bread which has to be re-inforced with drugs; fruit which looks attractive and is both tasteless and lacking in all its old essential virtues (the Phoebe strawberry, the staple export of the Hampshire strawberry beds, looks large and delicious, and tastes like wet cotton wool); fabrics which are showy but neither warm nor durable; chemical beer, wine doctored and prohibitive in price. Progress!" C.H. Douglas, The “Land for the (Chosen) People” Racket (London: K.R.P. Publications Ltd., 1943), 5.

“I do not think I am unduly squeamish, but I have to plead guilty to a wave of real nausea at the description, as progress, of egg factories in which hundreds or thousands of hens are kept under electric light from birth to death, confined in little boxes, never allowed out, laying eggs. I don’t want to eat those eggs, and I have a strong conviction that they are not good to eat, whatever their superficial taste may be.” Ibid., 17.

[1] Cf. C.H. Douglas, Realistic Constitutionalism (London: K.R.P. Publications Ltd., 1947), 3: “... the rules of the Universe transcend human thinking, and cannot, in the ordinary sense of the words, be altered, and therefore must be ascertained and obeyed.”

[2] C.H. Douglas, Major C.H. Douglas Speaks (Sydney: Douglas Social Credit Association, 1933), 52-53. On page 53 of this same book, Douglas noted that one must be very careful in distinguishing the Canon itself from various manifestations or incarnations of the Canon in specific times and places: “Because the canon is a spiritual thing, the forms embodying it are of infinite variety, and, not only that, change from time to time, and a slavish adherence to the form is a certain method by which to miss the canon.”

[4] Wheatgrass and some of the algaes are very powerful detoxifers and should be introduced slowly (in small quantities) when starting out on a raw/living food diet.

Last modified on Sunday, 11 February 2018 04:10
Tweet
Published in Social Credit Views
More in this category: « Re: An Open Letter to the Australian People An Appeal to the Greek People »