Written by Will Waite
Rate this item
(0 votes) 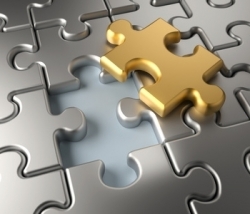 The world in which we live can seem like a strange and incoherent puzzle.

For those that take more than a passing interest in world affairs we have before us an array of pieces. We see the problems of poverty and social unrest and we lament the damage that we are doing to nature. We struggle to come to grips with how to assimilate advances in technology and the unemployment problem which it promises to make increasingly acute. We are constantly being squeezed by rising costs of living, taxation and inflation and of course we wonder why everybody is in debt. We see the vast capacity of industry, shops full with products they can’t sell and we hear the incessant drone of the advertiser.

Our physical and mental health is suffering. Our families are under strain. Many of us are isolated from the communities where we live.

We get no answers from leadership. Politics makes no sense and our economic advice comes from banks of various stripes who are obviously concerned with lining their own pockets at our expense. On top of all this there is an overarching move toward what Clifford Hugh Douglas described as the ‘development of world dominion': the centralisation of power.

We can see the picture this puzzle will make when put together is pretty bleak. Many of us have decided to give up on assembling it at all, having resigned ourselves to the idea that the world doesn’t make sense and thinking ‘what can I do about it anyway?’ Others focus all of their attention on just one piece, but the world does fit together and there is no lasting improvement that will come from addressing symptoms only.

A careful study of Douglas’ ideas, otherwise known as Social Credit, will do a few things for you. It will suggest a new configuration and provide some sorely needed pieces you have been encouraged to ignore. Then once you have things in the right place you'll see that his remedy of providing economic security directly to the individual would neutralise the effects of irresponsible power by allowing each of us the freedom to better mind our own business.

For those of you who give this a look I have this advice. When you do a big puzzle, and this is a big one, you get every piece face up and in its own space. You get the edges together, group the like colours and patterns and so on. But to do all this organising you need space.

To figure this through you will need space also; mental space. It is the prejudices and preconceptions instilled over a lifetime of conditioning that are the biggest hindrance to the proper comprehension of the tangle we find ourselves in. Some of these include the belief in the crooked nature of man, Malthusian notions of economic scarcity, the neutral role of money, faith in partisan expertise, an unwillingness to face the role of conspiracy in modern history, the false paradigm of left-right politics, puritanical attitudes about work and the fear of leisure. It is important to understand that these positions are not matters of fact. For many these notions are ideological templates that decide the acceptability of new information. They are Power’s attempt to superimpose a world they can control over the real world, and so long as we accept these precepts we will be unable to see the world as it is and the solutions to our problems will remain out of reach.

In the advanced industrial societies the problem is typically approached by a variety of measures to deprive democratic political structures of substantive content, while leaving them formally intact. A large part of this task is assumed by ideological institutions that channel thought and attitudes within acceptable bounds, deflecting any potential challenge to established privilege and authority before it can take form and gather strength.

Likewise, the role of thought control as a means of maintaining power was not lost on Douglas when he wrote Economic Democracy in 1920 -

We are, therefore, faced with an apparent dilemma, a world-wide movement towards centralised control, backed by strong arguments as to the increased efficiency and consequent economic necessity of organisation of this character, and, on the other hand, a deepening distrust of such measures bred by personal experience and observation of their effect on the individual. A powerful minority of the community, determined to maintain its position relative to the majority, assures the world that there is no alternative between the pyramid of power based on toil of ever-increasing monotony, and some form of famine and disaster; while a growing and ever more dissatisfied majority strives to throw off the hypnotic influence of training and to grapple with the fallacy which it feels must exist somewhere.

As we ‘grapple with the fallacy’ we must keep in mind that it is largely the ‘hypnotic influence of training’ that we struggle against. We must allow ourselves the mind space to configure the pieces of the puzzle in ways our programmed ideas would not previously allow. We must allow space for something new. Social Credit reveals the order behind the chaos and clears the way to a healthier society.