Cryptocurrency – something new or more of the same? 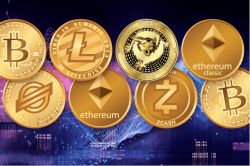 A few months ago I visited a friend of a friend at the new home he had recently purchased. The house itself was a suburban stand-alone dwelling in a quiet and, by all impressions, pleasant neighbourhood. As we entered through the front door, there, on the ground, stood a computer, or rather a series of computers, all hooked up together with countless wires. The main screen revealed that these computers were busy, feverishly busy, engaged as they were in all sorts of apparently endless computations. In an instant, I realized what I was witnessing: a mining operation, as in “mining for cryptocurrency”[1]. And, sure enough, this friend of a friend was “mining” Ethereum, a cryptocurrency that was introduced in 2015.

The fellow’s motive for getting involved in Ethereum was simple enough and it is probably the most common motive that people have for taking an interest in cryptocurrencies: the potential for speculative gain. People buy cryptocurrencies by exchanging real money for them in the hopes that these acquisitions would, over time, increase in value as the demand for them increases. They can then sell their crypto holdings once they have reached this higher price, convert them thereby back into the currency of the realm, and make a profit. The securing of additional units of cryptocurrency via “mining” operations, which involves the use of computers and electricity, is an added bonus which certain cryptocurrencies afford the consumer.

From a Douglas Social Credit perspective, it should be pointed out that this type of speculative gain involves using money to make money without contributing anything of equivalent value in terms of real goods and services. It’s a form of usury based on a Ponzi scheme. In order for it to maintain its momentum, later investors must have confidence that they will also see the same sorts of benefits that have been enjoyed by previous investors. The fact that, in this case, the speculators are “investing” in a digital or virtual currency that has no existence outside of the internet merely underscores how far or divorced from reality speculative activities can become as opposed to genuine investment (which, by contrast, is always aimed at some concrete result in the real world).

The nature of this speculative gain is even more inverted, or, if you prefer, perverted, when one considers that not only do crypto-currency investors use money to make more money without contributing anything of equivalent value in the form of real goods and services, they can actually, through the various “mining” operations, consume enormous quantities of electrical energy. In other words, a real good and service, in this case, electricity, which could be used instead for more meaningful production and consumption activities answering to real human needs, is being completely squandered, dissipated, so that some investors in an intangible crypto-currency can “make money” without providing any real benefit to the human beings with whom they are in economic association.

It should likewise be pointed out that this waste of an important real resource by means of crypto-currency “mining” can be phenomenally large in its extent. In the case of bitcoin, for example, it has been estimated that the “mining” operations associated with it use up 91 terra-watt hours of electricity per year, which is more than the annual consumption of Finland, constituting, as it does, 0.5% of the world’s total supply of electricity per annum.[2]

Now, in a partial defence or apologia for our crypto-currency investors, we must likewise acknowledge that if it were not for the inefficacy, inefficiency, and unfairness of the present financial and economic systems, the desire for speculative gain of whatever kind would be greatly attenuated. In other words, people who seek to make a profit by investing in cryptocurrencies do so very largely because they feel the urgent need to “get ahead” (or at least stay ahead) by any means, fair or foul. When the cost of living is continually increasing (especially in more recent times), when it becomes harder and harder to afford a home, when wages and salaries are continually falling behind in the rat-race of our present economic order, it is quite understandable that many people will look for a magic solution that will make them rich and finally secure. Like a lottery win, cryptocurrency investments promise a leg up, or at least a keeping up, with the insane financial pressure which the existing economic dispensation imposes on all of us. This aspect of the cryptocurrency phenomenon is another nail in the coffin, another confirmation of the suboptimal nature of the existing economic system and the pressing need for its radical reform.

So much for the bad or the “more of the same” side of the crypto-currency phenomenon. Might there also be something in it that is genuinely positive where economic and civilisational progress are concerned?

Well, as a matter of fact, there are certain technological developments inherent to the crypto-currency world which may have wider applications and which could be employed as part and parcel of an eventual Douglas Social Credit monetary reform of the existing financial system.

Crypto-currencies, by employing cryptography and a network that is distributed across a large number of privately held computers, make it impossible or nearly impossible for monetary tokens to be counterfeited. This is always a bonus in any money system. But the same technology also renders it easy to instantaneously transfer funds from peer to peer without having to rely on a trusted third-party, such as a bank or similar financial institution. Eliminating the middle man in this way reduces the risk of illegitimate external interference in transactions and it saves times, effort, and money. Crypto-currency transfers constitute, thereby, a cost-effective mode of transaction. Finally, crypto-currency systems offer their users a type of privacy and security that cannot be presently superseded by any another type of electronic exchange system. The mathematical puzzles built into the blockchain ledger are hard to decode and pseudonyms can be used that are not linked to any user account. It is also possible to prevent any stored data from being attached to a profile.

There is, then, a whole decentralised aspect to the crypto-currency world which, while potentially increasing the efficiency of the financial system, could also mirror on an administrative plane the decentralisation of financial power which the Douglas Social Credit proposals wish to effect on the level of financial policy. If a crypto-currency were to become the currency of a country, all of the citizens would, by holding, using, recording, and verifying the currency with their computers, collectively become a decentralised banking network where each person would be actively involved in maintaining the integrity of the currency and of the system as a whole. Perhaps, by making the citizens personally responsible for a Douglas Social Credit system via the introduction of a state-sanctioned crypto-currency, it would be more difficult for the system, once it had been established, to be usurped or corrupted later on by predatory interests. The end result may be a system that would be beyond the reach of any political vested interests to tamper with in any anti-constitutional manner. That, in itself, would be a substantial achievement.

[1] Jake Frankenfeld recently explained the nature and purpose of crypto-mining in reference to the bitcoin cyrpto-currency as follows: “Bitcoin mining is the process of creating new bitcoin by solving puzzles. It consists of computing systems equipped with specialized chips competing to solve mathematical puzzles. The first bitcoin miner, as these systems are called, to solve the puzzle is rewarded with Bitcoin. The mining process also confirms transactions on the cryptocurrency's network and makes them trustworthy.

“For a short time after Bitcoin was launched, it was mined on desktop computers with regular central processing units (CPU). But the process was extremely slow. Now the cryptocurrency is generated using large mining pools spread across many geographies. Bitcoin miners aggregate mining systems that consume massive amounts of electricity to mine the cryptocurrency.

“In regions where electricity is generated using fossil fuels, bitcoin mining is considered detrimental to the environment. As a result, many bitcoin miners have moved operations to places with renewable sources of energy to reduce Bitcoin's impact on climate change.”